I know, I know. How dare I even mention Christmas 2011 when you’re still recovering from Christmas 2010? Here’s the deal. After way too many frenzied December days followed by way too many nights staying up way too late trying to get everything done, I promised myself that next year I would do things differently. As Tim kindly pointed out, I was trying to do a year’s worth of stuff in four weeks. How true. So then and there I decided no more waiting until after Thanksgiving to start doing all the things I could easily do throughout the year.

Of course we’re busy the rest of the year, too, and it’s hard to think about the holidays when you’re chasing kids around a swimming pool on a blistering summer’s day. But let’s remember the desperation of December and power through. And don’t worry. I’ll ease us in gently because we’re still feeling a little fragile from last Christmas. 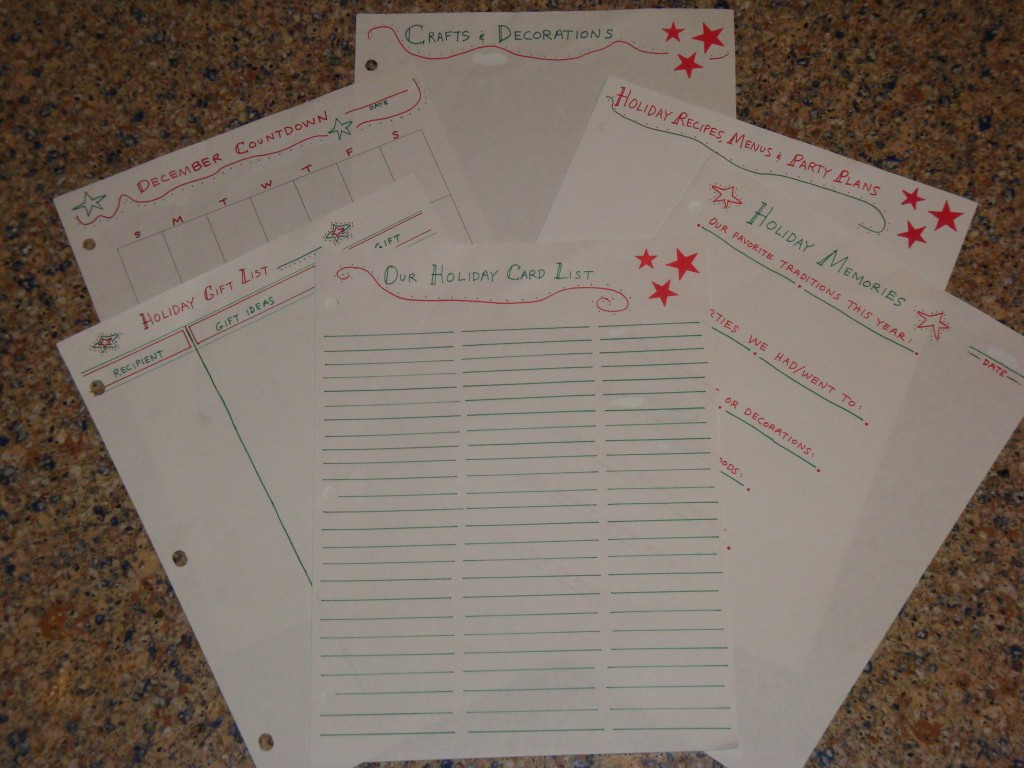 Here’s a nice little project that will help you have a more organized Christmas. I saw Ann’s Amazing Holiday Planner years ago in Family Fun magazine. This was before downloadable PDFs were the norm so my planner sheets look very much like the handmade ones found in the original article. But you can download Family Fun’s ready-made versions if you prefer. Grab a 3-ring binder and some dividers, print out the planning sheets, give them a quick punch, and you’re good to go!

If you’re already on top of your holiday game, you could make this organizer as a gift for an overwhelmed friend or relative. He or she will love you for it. I know I would have.

Next up: Advent Books 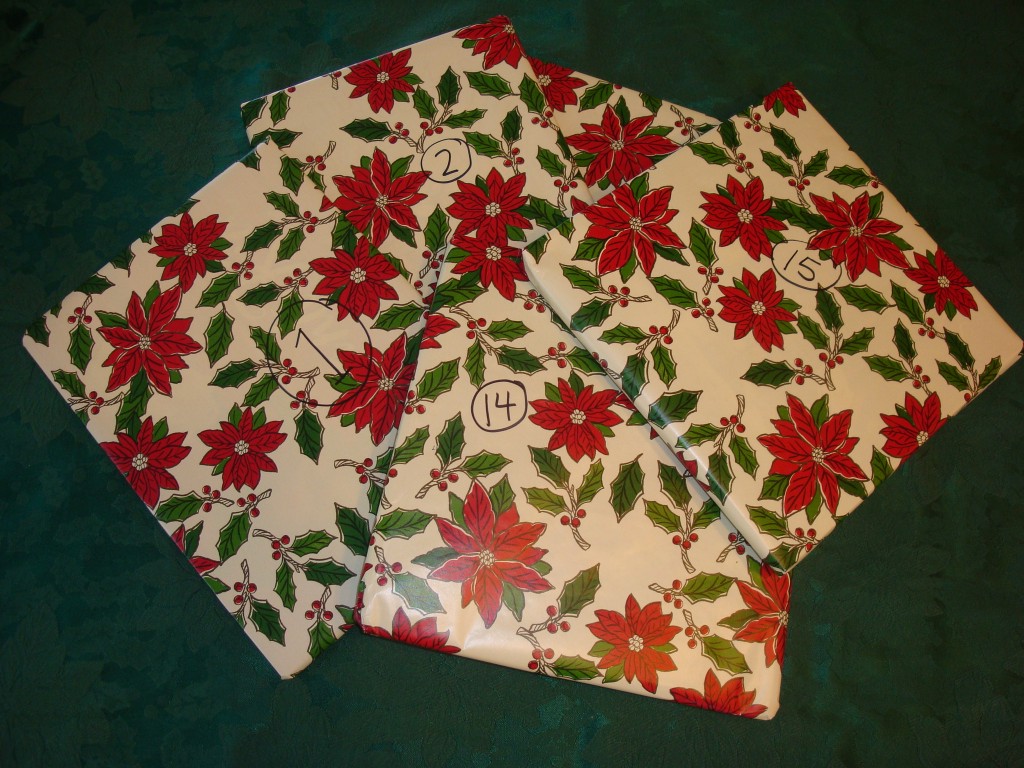 We started an Advent Book tradition when our oldest was in preschool and it’s still a family favorite. Every day starting December 1st the kids take turns opening a wrapped Christmas book and we read it together. In the beginning many of the books were board books because that’s what we had around, but since we give each kid a new Christmas book every year the collection has grown quickly. Tim and Andrew’s favorite is The Grinch Who Stole Christmas, Lexie and I love Christmas in the Country by Cynthia Rylant, Will digs Santa Kid by James Patterson, and Lily is all over Fancy Nancy: Splendiferous Christmas by Jane O’Connor. In early January, I pick 25 to wrap, plunk myself down in front of the TV after the younger kids are in bed, and wrap away. Just remember where you hide them.

I bought three of next year’s books for 50 percent off at Borders right after Christmas. They didn’t have one of the books I wanted in stock (Every Man Heart Lay Down by Lorenz Grahm) so I was going to order it later and use a coupon. The old me would have forgotten all about this until December and stressed out trying to find a copy. But the new me will calmly order the book and be all set for next year. The Plan is already working!