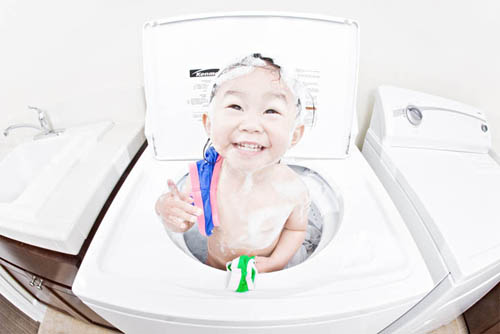 A friend told me the other day that when she saw the post “Some Thoughts on Discipline,” she assumed it was about disciplining children. I laughed because I’m the last person in the world to tell anyone how to discipline children. I like John Wilmot, the Second Earl of Rochester, who said, “Before I got married I had six theories about bringing up children; now I have six children and no theories.” Amen to that.

When Andrew was a baby I read an article by a mom who wrote about her kids “decorating” the entire upstairs bathroom with toilet paper, stringing it from the lights and shower curtain and shoving gobs of it down the toilet. I was shocked. Shocked! How could a mother leave her children unattended long enough for them to do something like that?

Now of course I get that there are days when you will do anything to have 10 minutes to yourself. The toilet-papered mother knew her children were safe and while I’m sure she was seriously bummed at the mess they made she was willing to deal with the aftermath just to have a few moments’ peace.

After you’ve been doing this parenting thing for a while you realize that none of us get a free pass. At one point I was quite smug because my children never wrote on walls. What great discipline! Then along came my fourth who could somehow color an entire room in the time it took me to throw a load of clothes in the washer. And I can pretty much guarantee that if you get a kid labeled “gifted” you’ll get another one labeled “unmotivated.” Or you’ll have one who doesn’t even notice you’re in the room unless you raise your voice and one who’s crushed if you just look at her disapprovingly. Discipline shmiscipline.

I guess I do have a theory about bringing up children: Kids come prewired, so don’t beat yourself up too much when they’re awful or take too much credit when they’re wonderful. And if you look them in the eyes at least once a day and let them know they’re loved, you’re doing great.