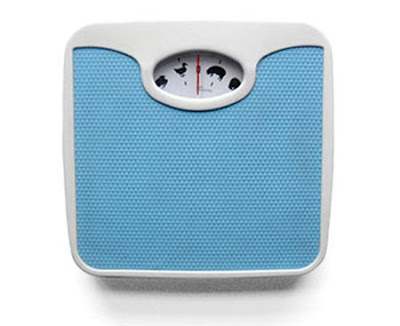 There’s a fine line between giving advice and passing on information from someone else that has helped me. So while I’m not an expert on weight loss and exercise, I’ve been lucky to have learned some things that have truly made a difference for me.

My weight-loss strategy, starting in high school when I worked at Dairy Queen the summer they introduced the Blizzard, was to gain weight then exercise like a maniac to get it off. It would stay off until life got in the way and I couldn’t keep up that level of exercise. But I’d still want to eat as though I were working out an hour or two a day.

Finally I learned two things that made a difference. The first is not to rely on exercise for weight loss. It’s much better for me to think of exercise as a way to stay toned and strong. I like the Holly Rigsby plan of 15 minutes of strength-training three times a week combined with 15 minutes of interval training three times a week. Throw in a few short Pilates and yoga DVDs, a long run or a tennis match now and then, and I have a plan I can actually stick with. If you have time to go to the gym or go for long runs, that’s great. But if you have little ones or a busy schedule, it’s nice to know you can grab some weights and get a good workout in before anyone even knows you’re missing.

The second thing that has really worked is to have a number on the scale that I don’t let myself go over. If I do go over the number, I give myself a little time to get back under. But if I stay stuck for more than a week or two, I have to start journaling what I eat. I seriously dislike doing that, so it’s a good incentive for me to eat more healthily. If a month goes by and I’m still over the number, then I have to read Skinny Bi*ch. Luckily, it’s never come to that. I don’t own the book, but I’ve skimmed through it in the bookstore and it’s really harsh. The authors say things like “if you have creamer in your coffee you’ll be fat forever.” Ouch.

My method does involve weighing myself every day. I know there are schools of thought against even owning a scale, but I do well with the visual reminder of seeing an actual number. As Shakespeare said, “There is nothing either good or bad but thinking makes it so.” If it works do it, if it doesn’t, don’t do it. Speaking of which, dieting has never worked for me. I have never stuck to an actual eating plan for more than a couple of hours. In fact, the word “diet” makes me want to curl up with a cheesecake. Not good. I do much better with something like Michael Pollan’s mantra: Eat food. Not too much. Mostly plants.

So those are two simple things that work for me. How about you? What strategies do you have for staying fit?

They Draw and Cook
What Inspires You?