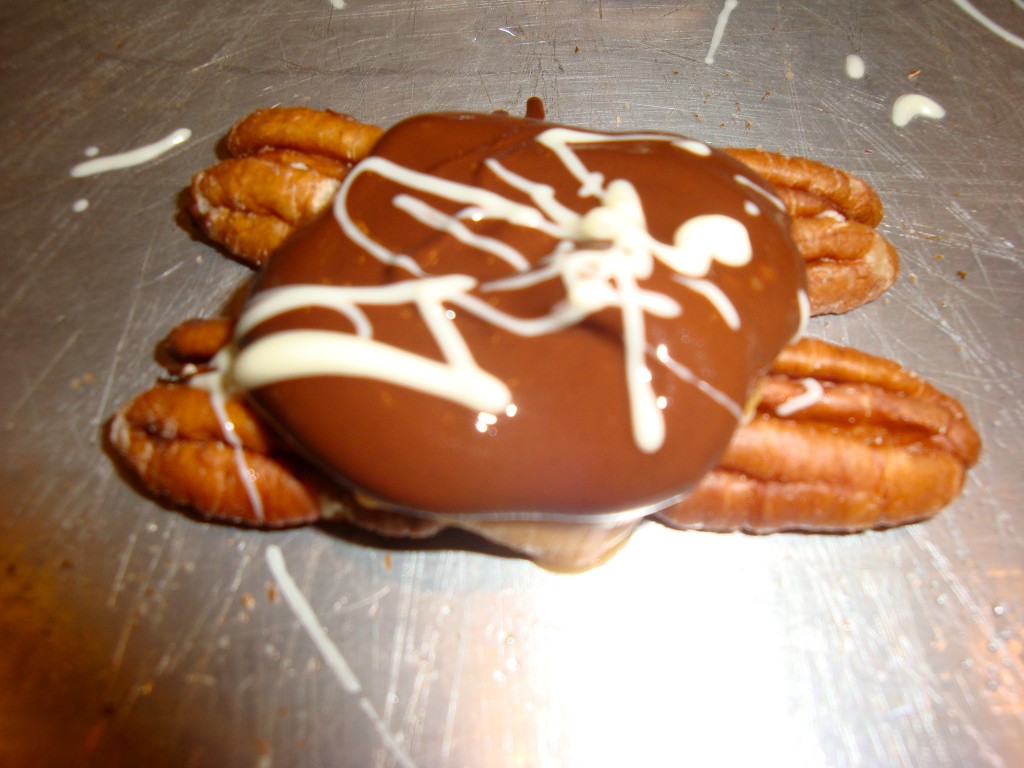 When my friend Christina isn’t starring in shows like I Do! I Do! or baking her to-die-for bread, you might find her making these deliciously decadent little turtle candies. My Grandpa Tony loves turtles, so I make him a batch of these every Christmas. Well, this year a little bird (Grandma Tutu) told me that Grandpa said my/Christina’s turtles were his favorites out of all the turtles he’s had. And he’s had a lot. That kind of loyalty deserves a reward, so I made him some more for Father’s Day.

Isn’t it nice having friends who make us look good? Thanks for sharing the recipe with us, Christina!

I’m going to attempt a photo tutorial, but I’m no Pioneer Woman. And it wasn’t until after I started that it occurred to me I could have used a nicer pan. But the greatest enemy of a good plan is the dream of a perfect one. So here goes.

Here’s what you need:

Heat the oven to 300 degrees. Grease a cookie sheet. Take four pecans and arrange them in turtle feet position. Place an unwrapped caramel on top of each set of turtle feet and bake for about 3 minutes. Remove the pan from the oven and really stick the pecans into the softening caramel. 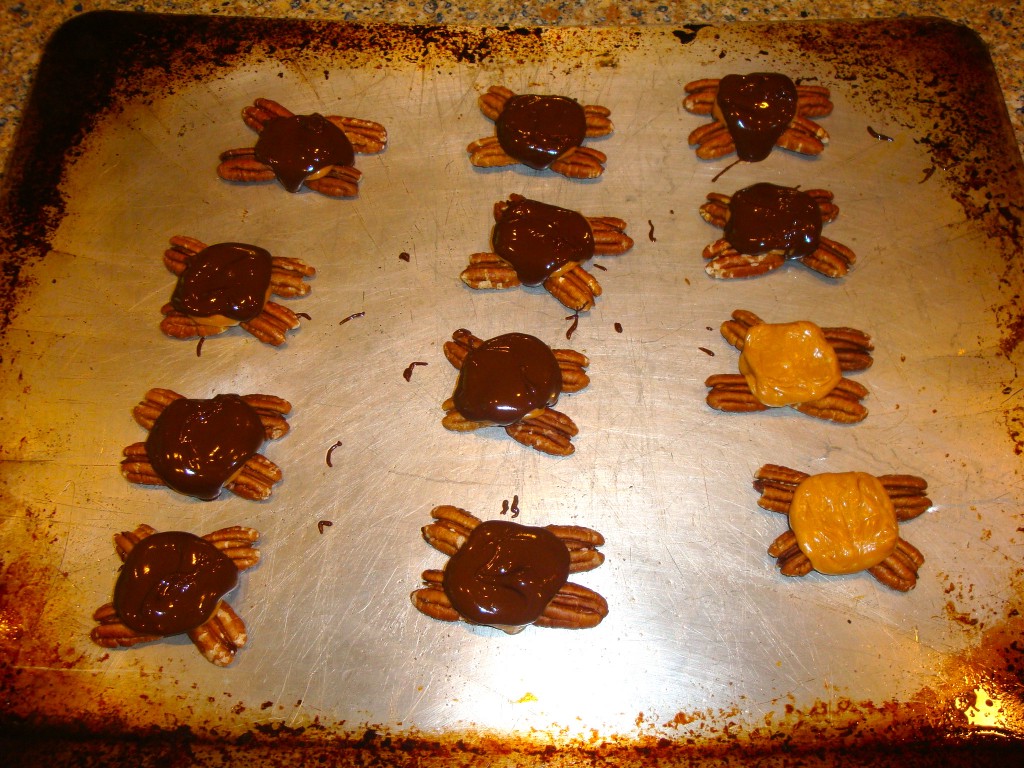 Melt the chocolate according to the package directions. Spoon a dollop of dark chocolate over the caramel. 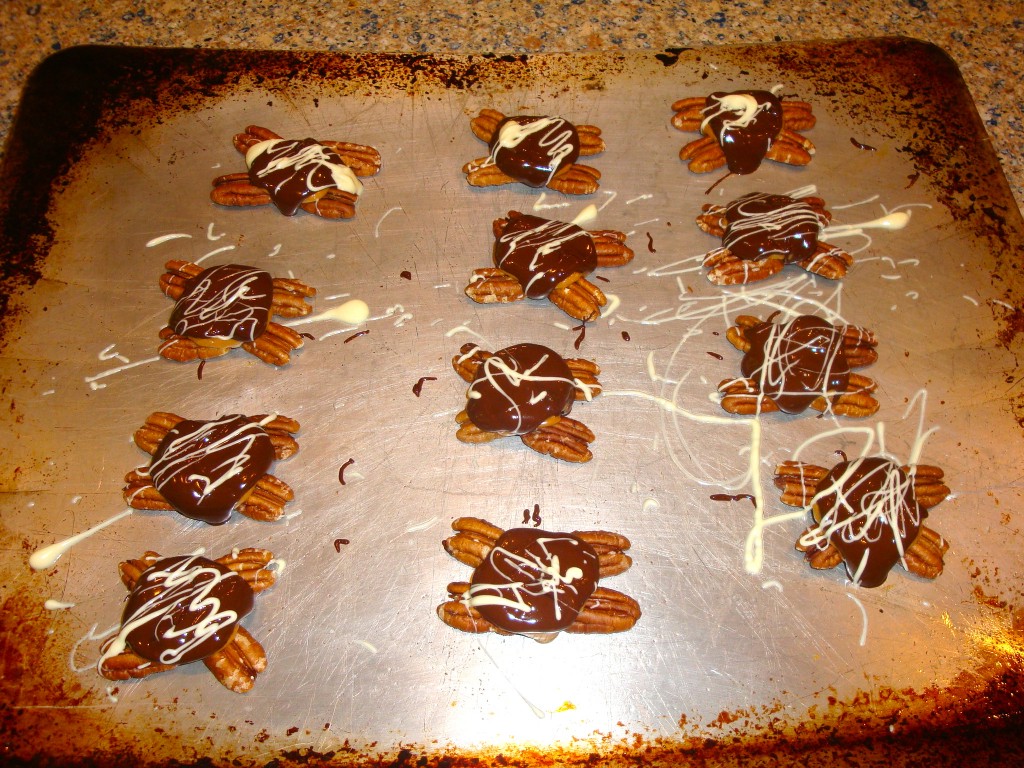 Then drizzle some white chocolate artistically over the dark chocolate. I let Will do this part; he used a butter knife, which worked just fine. The turtles will harden as they cool. I usually put them in the refrigerator to harden quickly because I’m usually making them at the last minute. If you cool them down this way, be extra careful when you remove the turtles from the pan so you don’t break their feet. Although this isn’t always a bad thing because then you have to eat the broken ones.