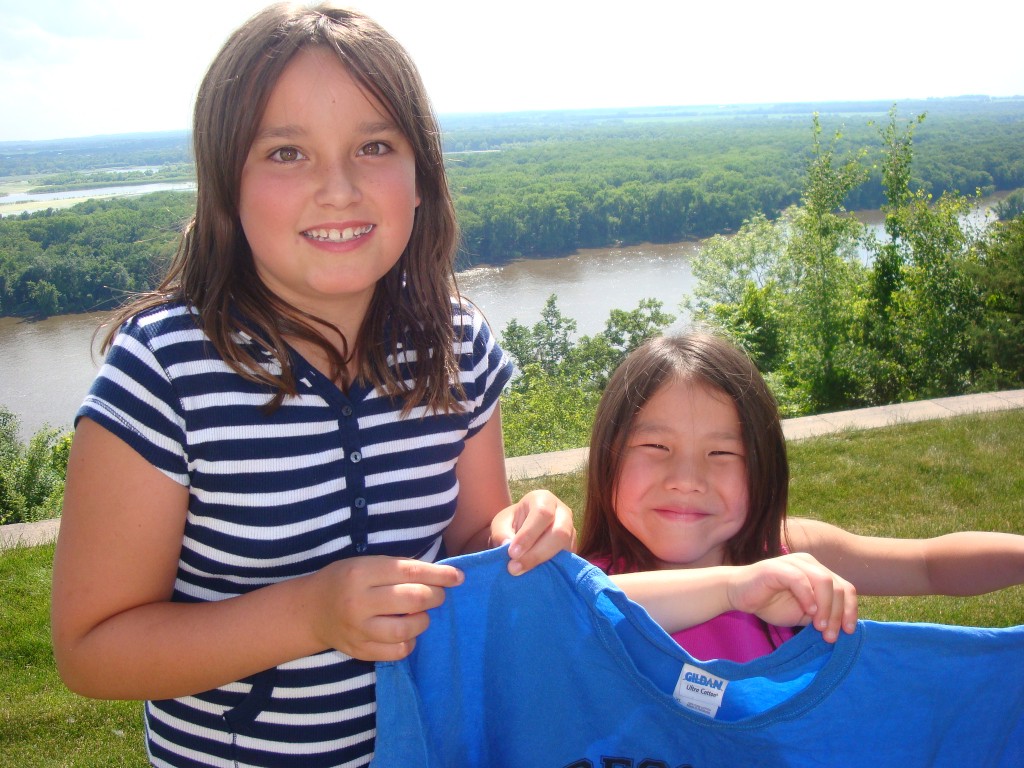 At a party recently, our lovely host, Lauran, had an awesome “Iced T” game for all the kids (big and little) to play. Here’s how she did it (by the way, Lauran said she saw the idea in an American Girl magazine). Before the party, Lauran gathered a bunch of her dad’s old T-shirts. She got them good and wet, wrung them out a little so they wouldn’t turn into frozen blocks of ice, folded them up, and put each one in a plastic bag. And then she froze them for about four hours. I’m sure you could freeze the shirts overnight if you needed to. 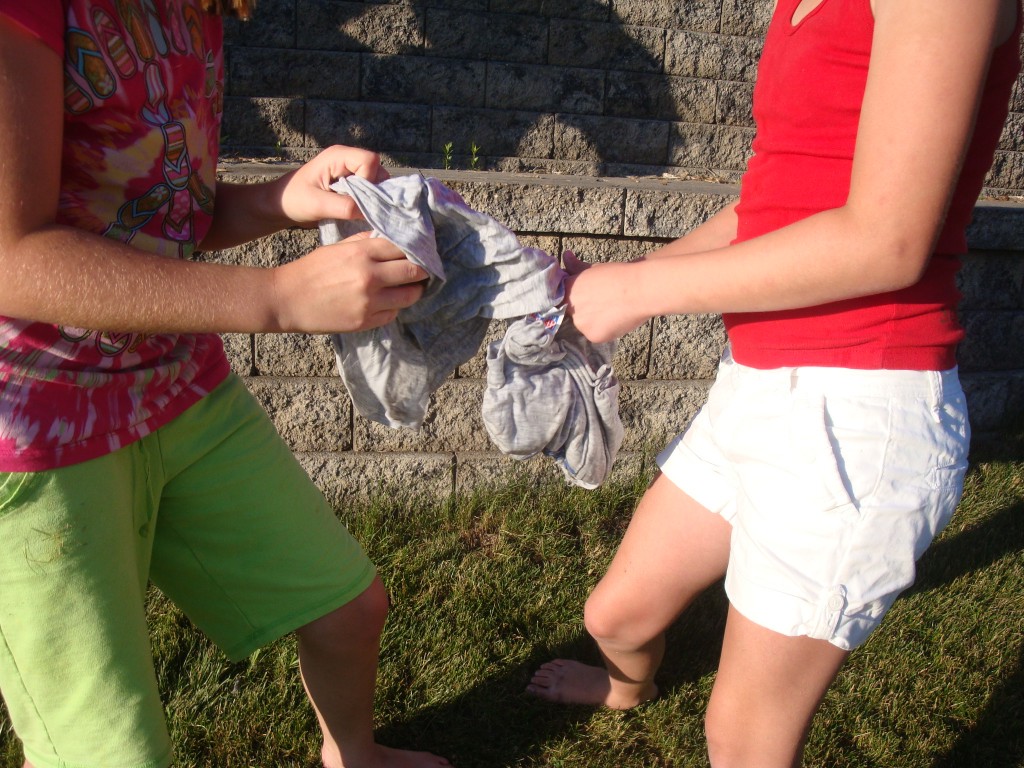 When it was time to play the game, Lauran had the kids pair up into groups of two. She gave each set of partners one of the frozen T-shirts. The teams then had to work together to thaw out the T-shirts enough for one of the players to put it on. 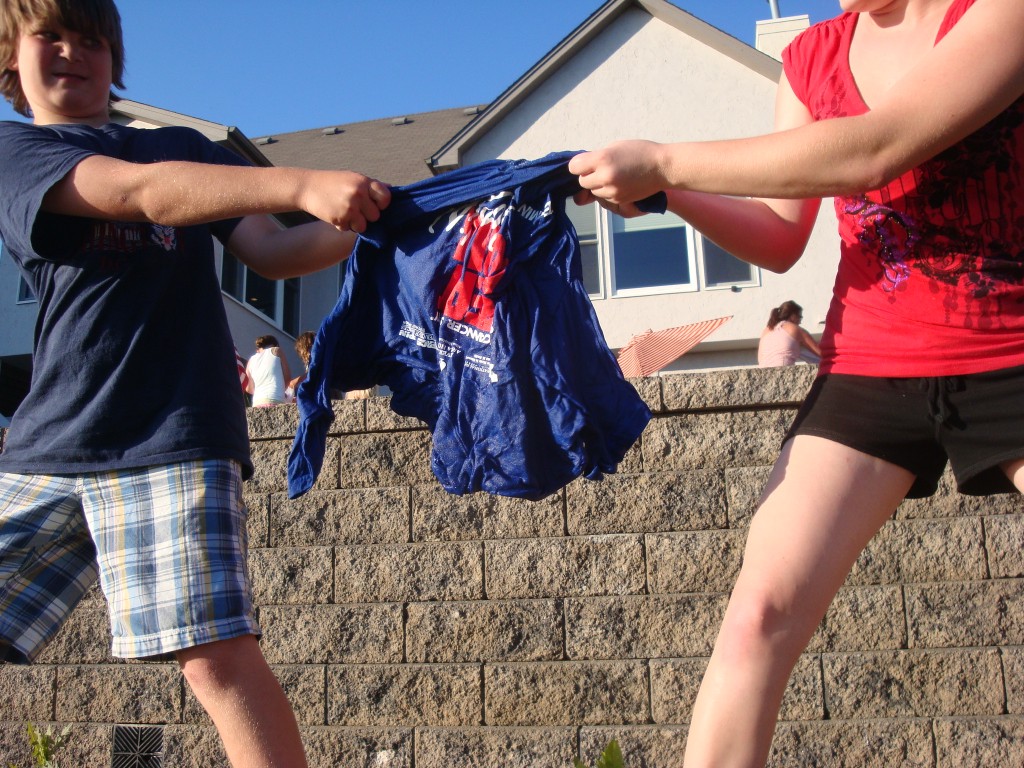 Will and Hannah pulled hard to break up the ice. They may have even hit the shirt against the wall a few times. This is why you want to use old T-shirts for the game. I wonder if you might need a firmer set of rules if you’re playing this with teenagers, like “no using fire allowed” or “you can’t put the T-shirt in the hot tub.” 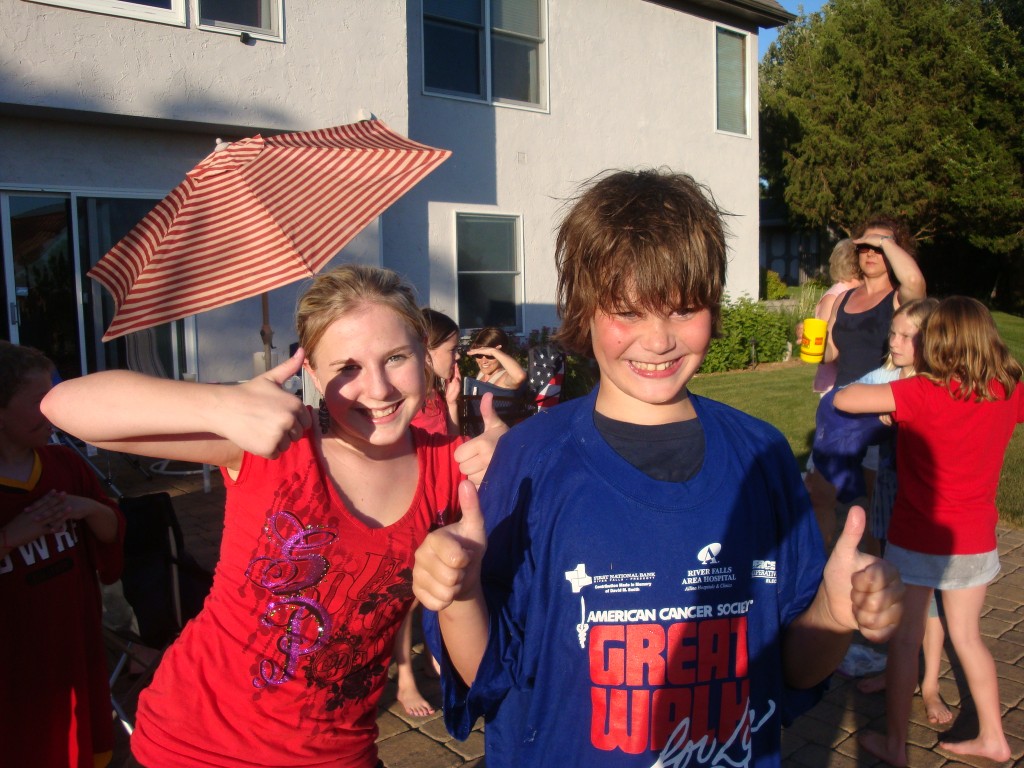 They did it! Very refreshing on a hot day. Thanks, Lauran, for such a great time!

I’m so excited about this! Thank you, @danasonba