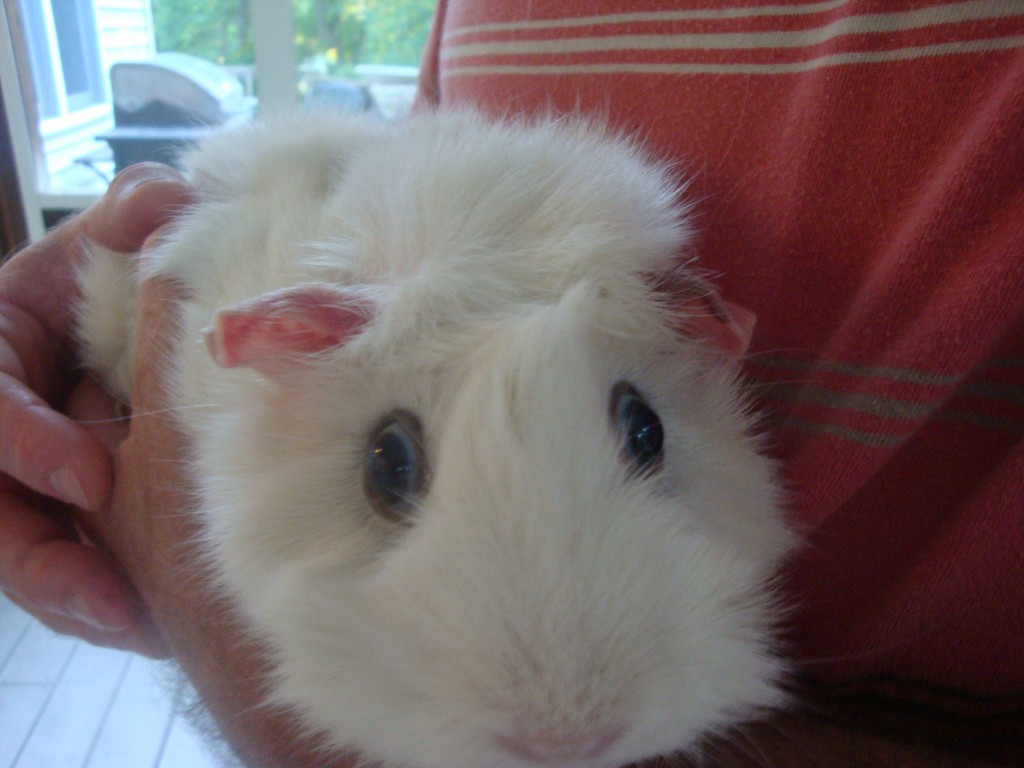 Today was a red letter day. The younger three finished up their swim lessons in the morning and in the evening we welcomed Snowy, a guinea pig and the newest member of our household. Our neighbor Peg (of the magical cupcakes) had called earlier in the week to see if we would like to have Snowy because their middle son is terribly allergic to her.

To my credit, I didn’t say “yes” right away. Tim and I talked it over and since a) he didn’t ask if I was crazy and b) the idea of having a guinea pig sounded interesting, we decided to take her. 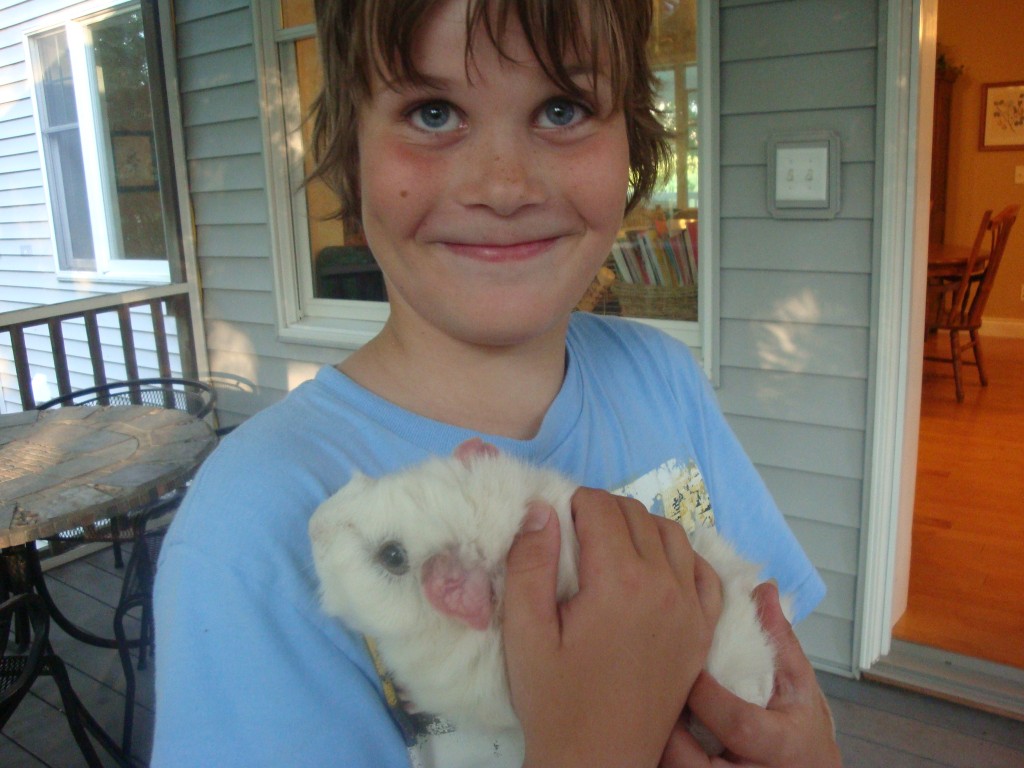 Snowy is officially Will’s pet. In our family, when someone turns eight he or she gets to choose a pet of his or her own. Will had hoped to get a guinea pig when he turned eight last year, but since his first grade teacher had given us Toby the lizard the summer before, we held off on the guinea pig. There are limits. Will was fond of Toby, but he felt a little cheated out of the Turning Eight ritual. So this has worked out well for Will. And we hope Jack and his brothers will be happy visiting Snowy and won’t feel too sad about having to give her up. 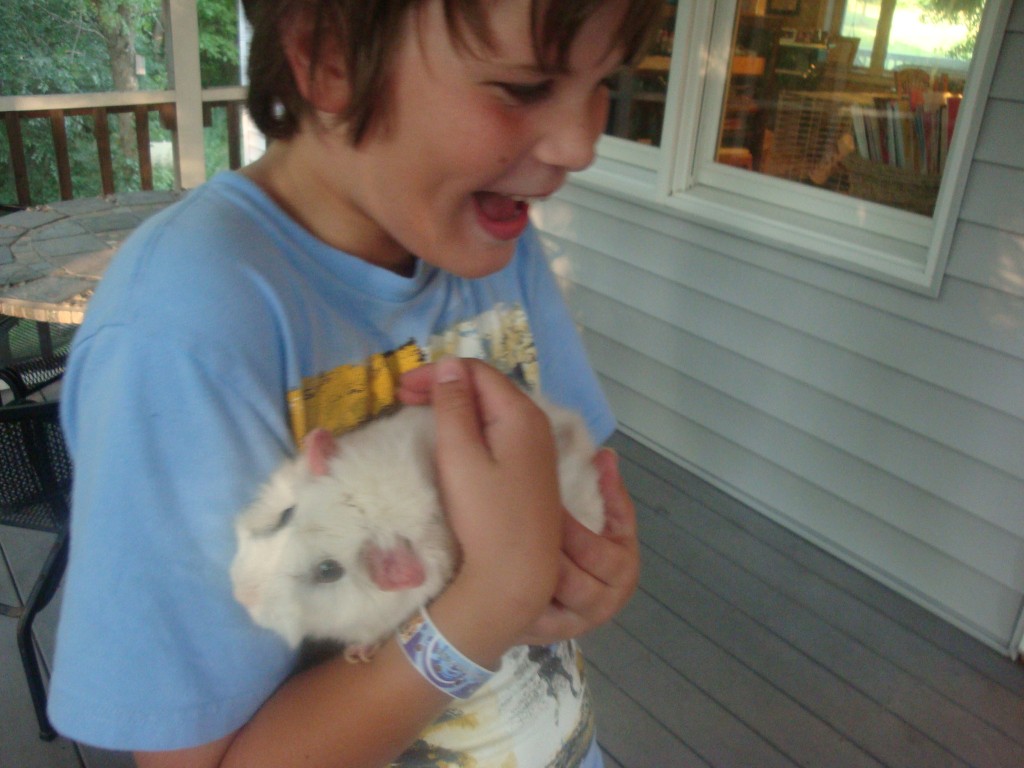 I was never allowed rodents as a child because my mom was completely freaked out by the rat scene in Lady and the Tramp. Or so she says. I had a dog named Billy whom I adored, so I didn’t really miss the lack of hamsters or guinea pigs. But we’re certainly making up for it now. I think they’re very sweet.