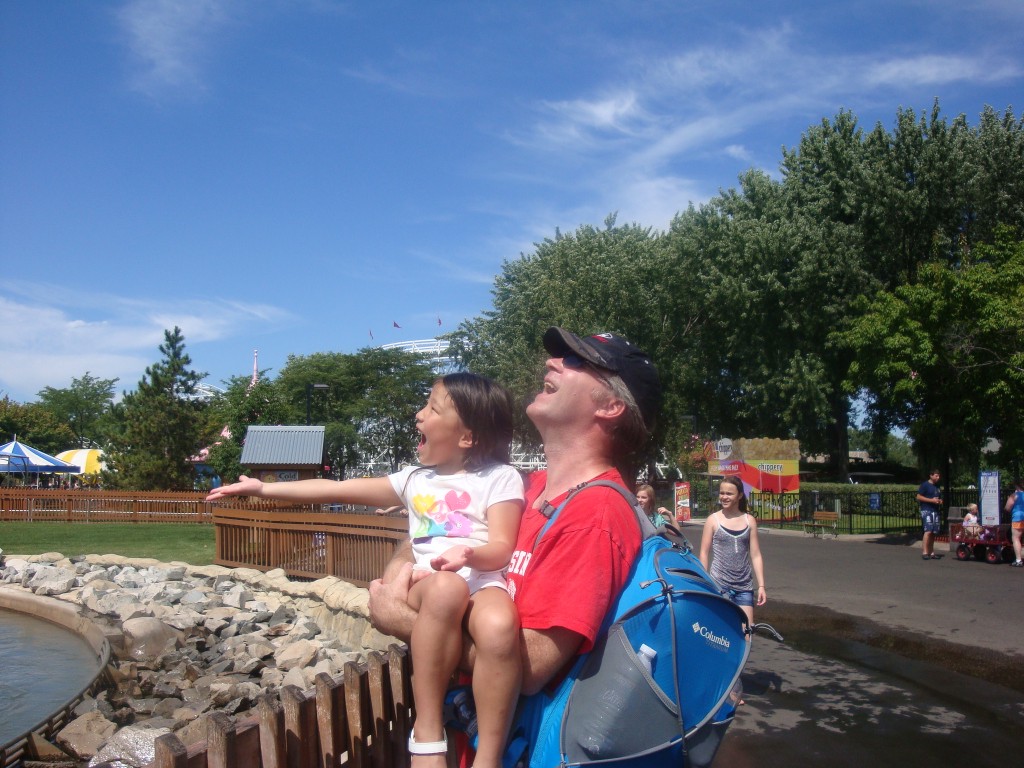 I’m trying very hard to ignore the fact that school is starting next week. I dutifully purchased everything on the kids’ school supply lists. And then I crammed it all into the back of the closet. Out of sight, out of mind. But that doesn’t stop the e-mails and phone calls from people chomping at the bit to get back to schedules and meetings and general busyness.

Don’t they know that I’m holding on to this summer for as long as I can? Maybe they don’t have a son who can look them directly in the eye without standing on tip toes. Or maybe their baby isn’t going into first grade. Why be in such a hurry?

I suppose they’re longing for the structure and routine that the school year brings. Or maybe they’re just ready for a change. I’m not opposed to change, but I like where my kids are right now. They’re independent enough to entertain themselves most of the time, but young enough to like having me around. Just between you and me, I have this fear that Andrew will wake up one day a surly and sulky teenager who won’t have anything to do with me. I’m not really sure why I think this will happen. Maybe I’ve heard too many horror stories, sort of like when you’re pregnant and people tell you about their awful experiences. So I’m relishing every spontaneous hug and conversation. Even if it means talking about football a lot more than I really want to.

Well. Change is coming whether I want it to or not, so I might as well meet it with open arms. We had our annual day at Valleyfair (an amusement park) with our good friends the Schwietzes. When I saw this photo of Tim and Lily waiting for the big wave of water that drenches bystanders near The Wave ride, it made me smile because their faces are filled with such happy anticipation. They’re ready to meet that wave head on.

So I will try to channel their enthusiasm and enter into the dog and pony show with as much grace as I can muster. I will think about all the new things my children will learn, the friends they’ll make, and the fun we’ll still get to have as a family doing the things we always enjoy doing in the fall.

How do you feel about change? Do you look forward to it, or do you find yourself holding on to things the way they are?