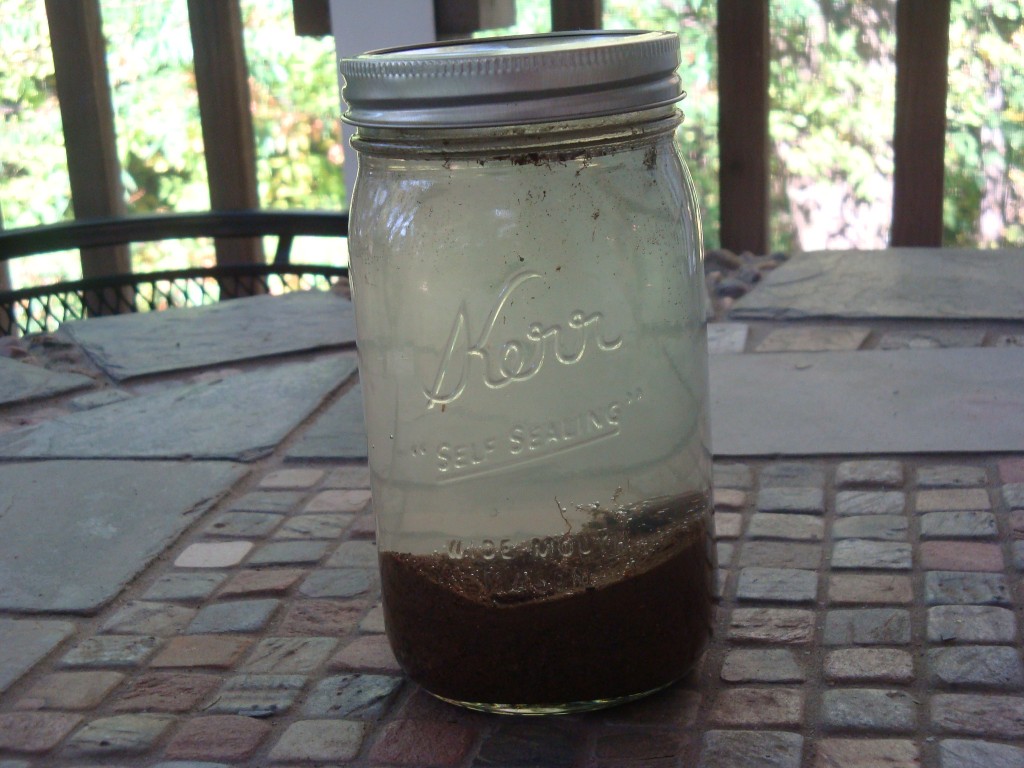 Years ago, a friend who works in the health realization branch of psychology shared a concept that seriously changed how I look at life.

It’s called “mud-mind” and here’s how it works. Think of a time recently when you felt great. Maybe you were happily immersed in work, or out for a run, or surrounded by people you love. Maybe you were playing the piano or petting your dog or digging in your garden. Your mind felt clear and sparkling. Life was good.

Now think of a time when you didn’t feel so great. Maybe you were fighting with your partner or feeling frustrated with your life or reading someone’s political rant on Facebook. Your mind felt anxious and upset and angry. Life was not so good.

At the top of this page is a photo of a jar filled with dirt and water. This jar represents your mind. The water is your brain when it’s clear and sparkling and full of positive thoughts. The dirt represents all the negative thoughts that flit in and out of your brain throughout the day.

Now imagine shaking the jar really hard. It will end up looking like this: 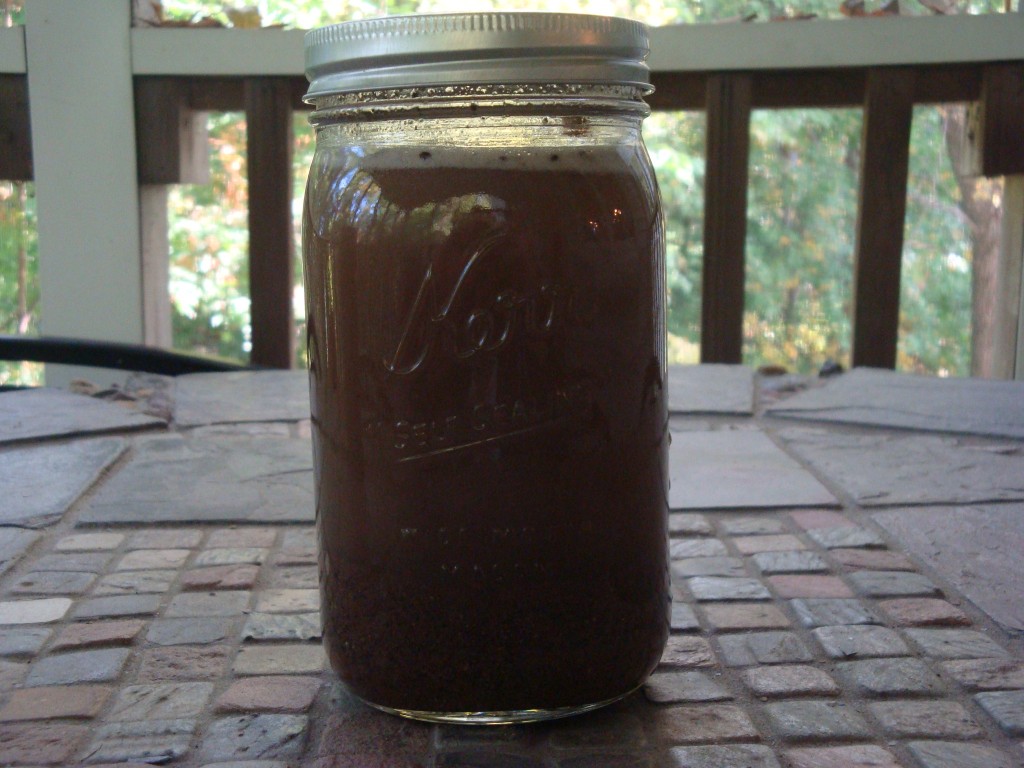 Yuck, right? That’s your brain when the negative thoughts have taken over. But if you leave the jar to sit for a while, the dirt will eventually settle to the bottom and the water will become clear and sparkling again. Our friend used this idea to show that our feelings are the result of our thoughts, and we can choose whether we want to shake the jar or set it down.

That’s quite a concept, isn’t it? We grow up believing that our feelings are real. I mean, we feel them, right? So they must be real. But the truth is that whatever we feel about a situation comes from inside of our own brains. It’s all made up. You’ve probably noticed this in your own life. One day you get angry at your kids for not putting their stuff away, but the next day you make picking up into a fun game. It’s the same mess, but your perception of it has changed. On Day One, your jar has been shaken up and the water is muddy, but on Day Two, it’s sparkling clear.

That’s all well and good, you say. But my problems are real.

Maybe they are, maybe they aren’t. Here’s one of my favorite examples of mud-mind in action. Tim was watching a late-night episode of “Friends” and I came into the room stewing and spewing about something. But I got pulled into the storyline and stopped ranting. Then a commercial came on and I started up again. Apparently this went on for some time.

Finally, Tim said, “You are so full of bologna.” (Only he didn’t say “bologna.”) This made me even madder. “What are you talking about?” I said. Tim explained that while my brain was engaged in the show I stopped complaining, but the second a commercial came on, I started complaining again.

For once, I had absolutely nothing to say. Darn know-it-all. But he was right. And even though I was irritated and a little embarrassed at being seen through so completely, something clicked. How bad could my problems be if I could forget them so easily with the simple distraction of a TV show? It kind of made it seem like I was shaking my own jar for recreational purposes.

I still get worked up about plenty of things. But what’s really changed is that negative thoughts have a much shorter shelf-life in my brain. They just don’t have the staying power they used to. I can recognize mud-mind in other people, and it helps me not take everything personally. It also makes me want to be careful not to shake other people’s jars just because I’m in mud-mind.

I’ve also learned that if Tim and I are both in mud-mind it’s the absolute worst time to make decisions of any kind. We still argue and say stupid things, but fortunately neither one of us believes anything the other one says in mud-mind. On good days, I don’t believe anything my children do or say when they’re in mud-mind, either. On bad days, I get pulled right in. But—again—the good news is that we all pop out of it more quickly because we don’t analyze everything to death. Most problems seem like non-issues once we’ve stopped shaking the jar, but when something really does need to be dealt with, we’re in a much better position to handle it when our thoughts have calmed down.

I’m not trying to minimize the bad things that happen to people. Look at Tim’s mountain biking accident. It was horrific, but somehow he was able to say, “Other than the accident itself, this has been a wonderful experience.” He let the bad thoughts go and held on to the good ones. I’ll admit it’s easier not believing everything I think with someone like Tim. It’s harder when I’m dealing with people who are deeply committed to their negative thinking, even when they’re making themselves and everyone else miserable.

The simple image of the jar is a powerful tool. If we can picture our minds as this jar, then we can practice the art of mentally setting the jar down. We can “be still” as the Bible says and let the dirt sink to the bottom so we can regain peace and clarity. We’ll get better at keeping our mouths shut when we’re in mud-mind and then give our joy, enthusiasm, and gratitude away when we’re in sparkling-mind.