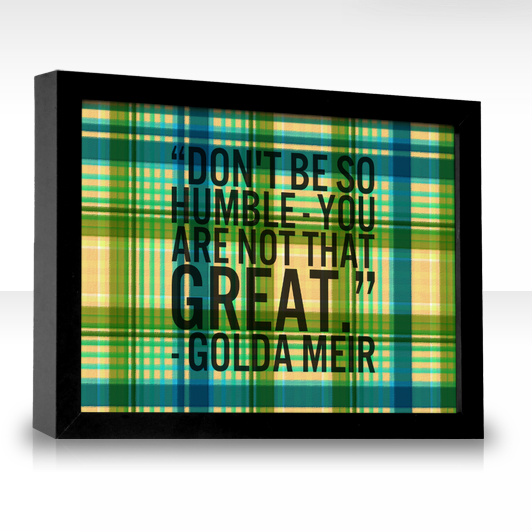 The other day a friend of mine posted a status update on Facebook rather sheepishly apologizing for having been so cheerful lately. It was as though she thought people would be annoyed that she was happy. Which got me thinking about success and happiness and friendship and how they all fit together.

I wonder if we really do worry that people won’t like us as much if we’re happy and successful. I remember reading once that Oprah thought one of the reasons she struggled with her weight was because being heavy made her seem less successful, so people were able to relate to her better and like her more. I read that quote a long time ago, so I hope Oprah doesn’t believe that anymore. As Marianne Williamson wrote, “Your playing small doesn’t serve the world. There’s nothing enlightened about shrinking so that other people won’t feel insecure around you.”

Think about all the times you deflect a compliment, whether it’s for a new haircut (Don’t you think it’s too short?) or something you’re wearing (This? It’s just from Target). That’s why I love the quote above by Golda Meir: “Don’t be so humble. You’re not that great.” I laughed out loud the first time I heard it. It’s a great reminder to let go of false modesty.

The thing is, we’re all painfully aware of our own shortcomings and all the times we mess up. So why can’t we share the good things with our friends and get some spiritual and emotional “high-fives”?

Imagine that we’re all sitting comfortably in a room together with some good food and drinks, and we get to talk about things we’re doing that we’re really proud of. And we’re not allowed to qualify anything at all. So if you say “I’m really proud of myself for eating healthier and running my first 5K,” you don’t get to add, “But I still need to lose another 10 pounds.” Nope, you’re climbing a mountain and you’ve just reached a scenic overlook. You need to stop and enjoy the view.

I’ll give it a try (and of course the voice in my head is saying that it’ll seem like bragging): I’m really proud of myself for sticking with this freelance writing even though it’s really hard and it’s just me alone in my house with made-up deadlines that only I care about. But I’m not quitting.

Whew! I did it. How about you? What are you proud of right now? Next time you’re with some friends, why not encourage each other to share some things you’re all feeling good about?