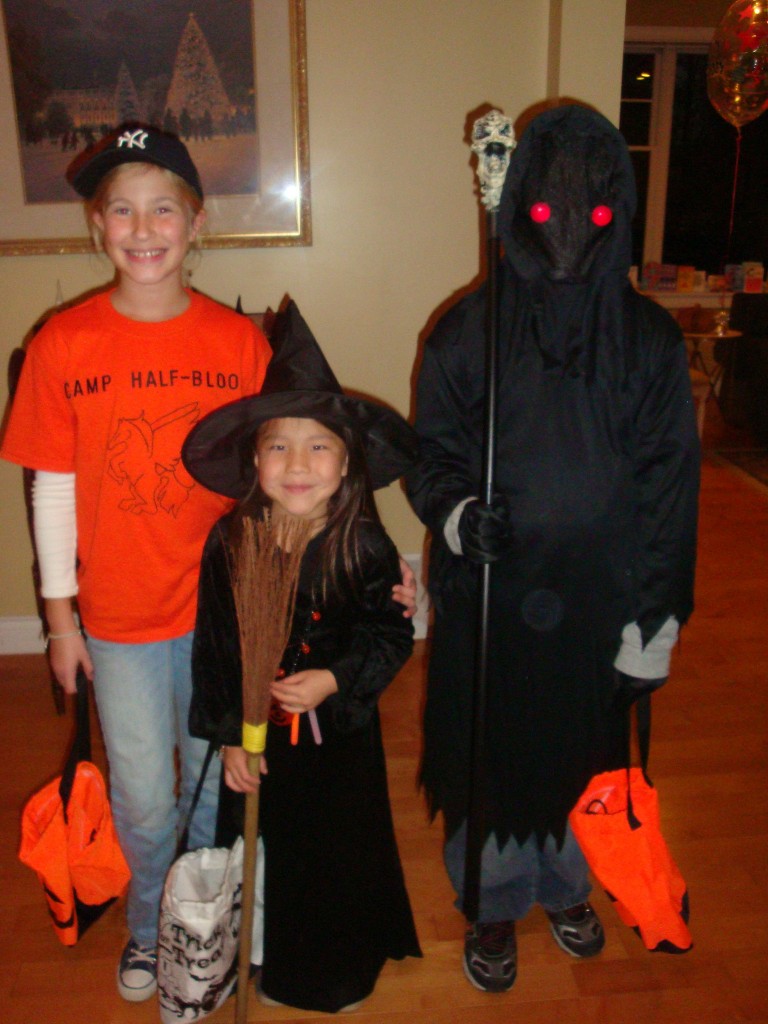 It seems I’m not quite ready to move on from Halloween yet. A friend of mine said that it’s always a little sad to say goodbye to Halloween and October and I know just how she feels. Some of it, I suspect, is because I know what’s coming: the Holidays. I love Christmas, but now that I’m the mom I know it’s a ton of work. Fall festivities are so mellow in comparison.

So. A few last thoughts on Halloween and then I’ll buck up and start laying the groundwork that will (I hope) make those crazy six weeks between Thanksgiving and New Year’s enjoyable instead of overwhelming.

Lexie dressed as Annabeth Chase from The Lightning Thief this year. None of the grown-ups had any idea who she was, but the kids loved it. Will enjoyed being a scary phantom with glowing eyes, although he was a little taken aback when a small child cried at the sight of him. Will hadn’t expected that to happen. Lily was a happy little witch, although after she had gone to bed I realized that I hadn’t put the witchy makeup on her. I totally forgot!

Andrew opted out of trick-or-treating this year. So I stayed home with him while Tim went out with the younger three. (One-on-one time can be hard to come by in a family of six.) I got to visit with the neighbors and ooh and ahh over the kids’ costumes, and in between Andrew and I discussed the best scary movies.

Do you have a favorite Halloween memory? Mine is from when Andrew was two years old and we were living in a bustling suburban neighborhood. He was dressed as a bear and Tim and I took turns trick-or-treating with him while the other stayed home with newborn Lexie. The weather was glorious and there were tons of kids tromping around, and Andrew was in his very sunniest mood, enjoying his first real trick-or-treating experience. I held his little hand as we walked along (and for once he wasn’t running off) and I remember thinking to myself that it was a perfect moment and I needed to imprint it in my brain and heart. Do you ever do that? Take mental snapshots in your head of moments you want to remember? 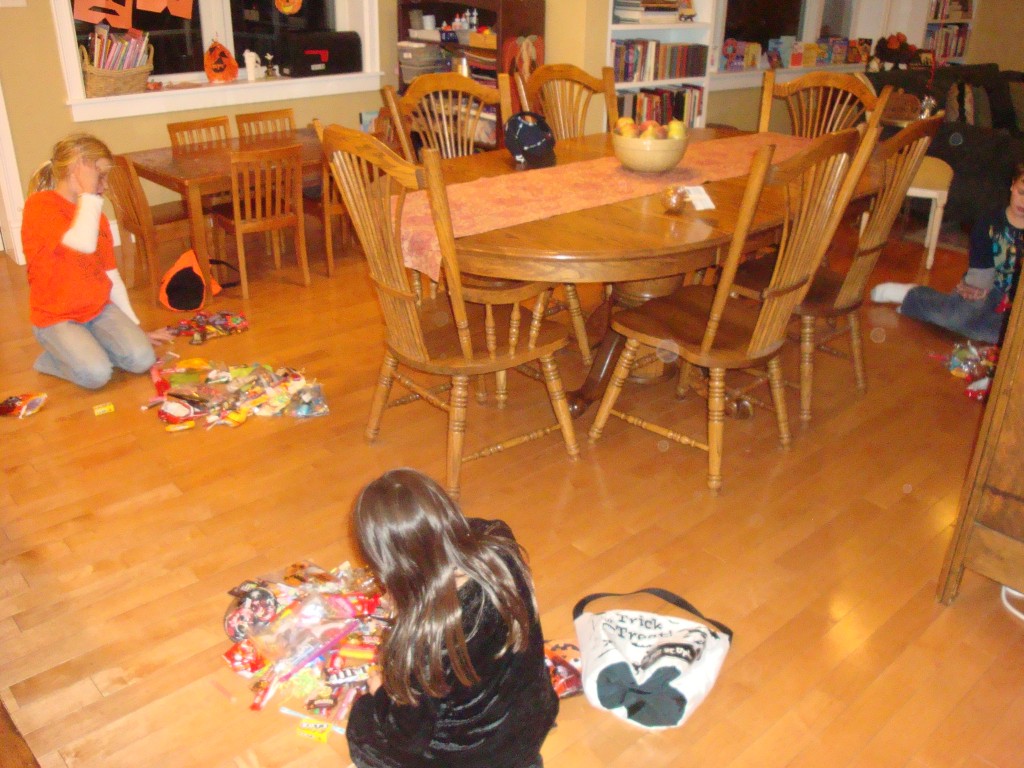 This was always my favorite part of trick-or-treating: dumping all the candy out, sorting it by type, and trading with my brother. Now, of course, I have to think about things like cavities and sugar highs. Do you have a system for dealing with candy? I’ve heard that some people let their kids eat all they want in the hopes they’ll get sick of it and not want any more. Other people let their kids have one piece a day until it’s gone. A friend told me that his dentist pays $1.00 a pound for candy. And I just heard about the Switch Witch, who will leave gifts like DVDs and books in exchange for candy left outside your front door. She needs the candy to build her new Candy Castle, you see.

Here a bunch of ideas for using up Halloween candy. I like the mosaic and gingerbread house ideas best.