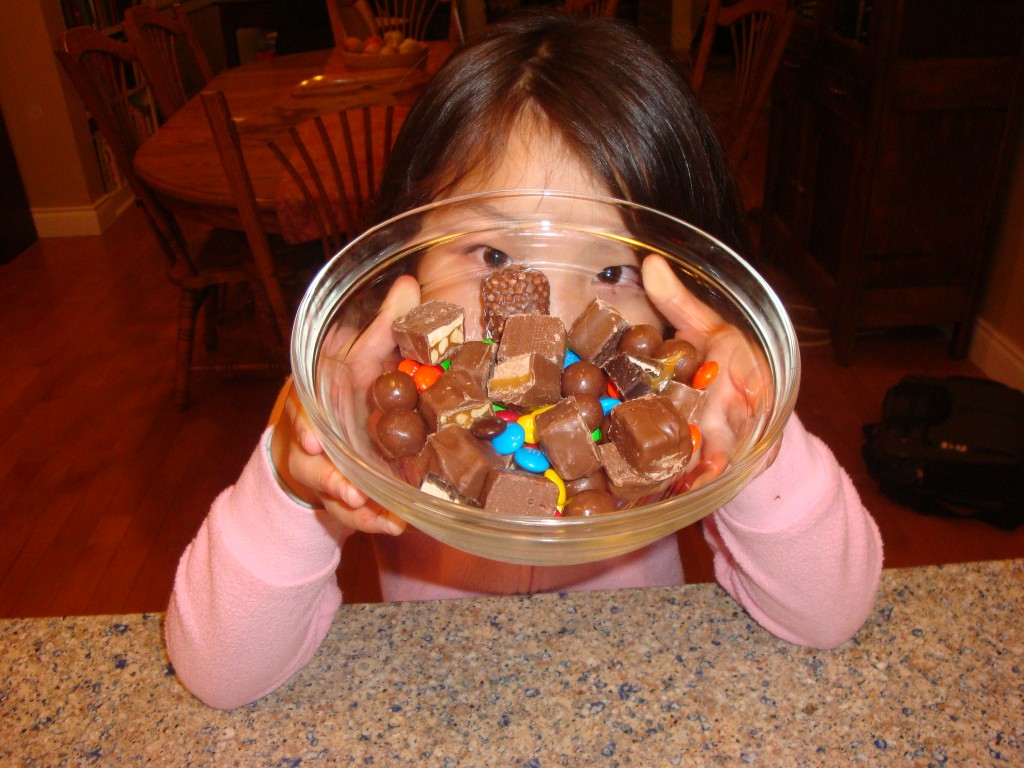 I didn’t see it coming. Last week when I suggested that the kids turn in some Halloween candy for cash or leave it out for the Switch Witch in exchange for a prize, they clutched their bags to their chests and looked at me with Puss-in-Boots eyes. But when I brought up the subject again yesterday, the kids shrugged and said, “Show us the money.” They picked out enough of their favorites to have one a day until Thanksgiving and happily handed the rest over. Who would have thought? What I learned is that it’s all in the timing; you have to let the excitement die down a little before asking them to part with their precious Halloween bounty.

And then my little capitalists took it a step further. After eyeing their piles of money (I offered a quarter per piece of candy), Lexie and Lily dug out their nearly-forgotten bags of candy from our town’s Labor Day parade. I had to dig a little deeper into the loose change jar than I’d planned, but it was fun to watch how excited they got.

I also set aside about 20 pieces of candy so we could do a little experiment. We chopped up the candy and added it to a brownie mix. We used chocolate-based candies, like Snickers, Hersheys, and Malted Milk Balls, but if you’re brave you could try Skittles and Starburst candies! I thought something tasted kind of funny (the Malted Milk Balls?), but the kids loved how the brownies turned out.

How about you? Did you try any strategies to keep the candy consumption under control?

Fun Ideas for Thanksgiving (plus Day One of Holiday Planning: the Christmas Planner)
Setting the Tone for the Holidays