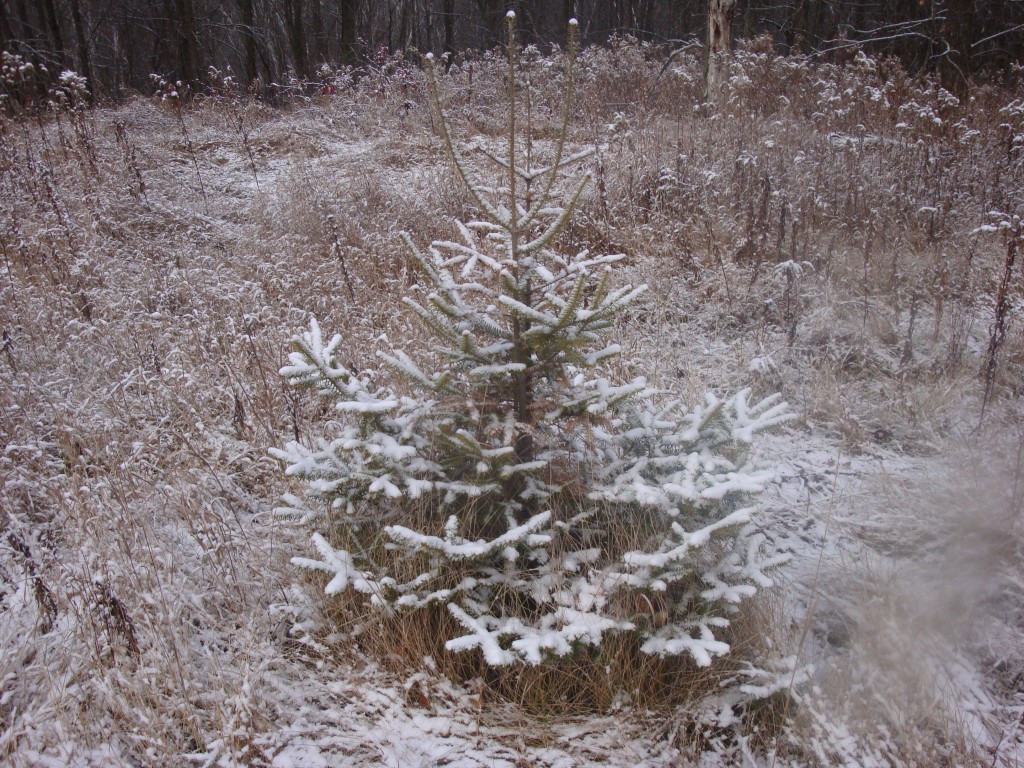 For several years, I’ve been wanting to put a little Scandinavian tree in the kitchen in front of the glass door leading to the back porch. For some reason, I was thinking it should be a potted plant but I didn’t have any luck finding one. So this year I decided to get a real tree. I thought this tree in our yard would be perfect, but Tim was horrified at the idea of cutting down one of his pets. I thought about doing it anyway when he was out of town to see if he would even notice, but I felt too guilty. 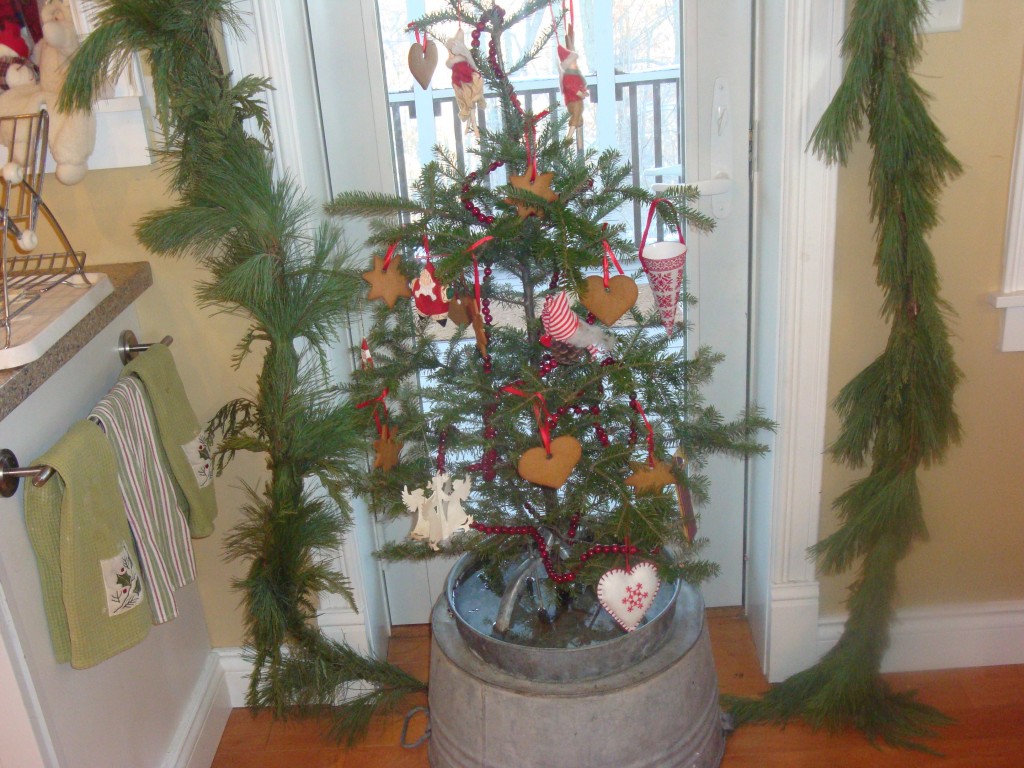 So I stopped in at Mr. Snowman’s Christmas Tree Farm just north of town. We’ve never been to Mr. Snowman’s because we always get our Christmas tree through my mom’s office, but we have friends who help out there during the holidays in exchange for syrup. For real. It was the middle of the afternoon on a weekday so I wasn’t sure anyone would even be there as I pulled up to the little shed. But Mr. Snowman himself came out to greet me. We introduced ourselves (his name is Charlie) and I told him what I was looking for. He pondered the idea for a moment, then pointed down the road to where I could find a small tree. He was all set to send me off with a saw to cut it down myself, but then changed his mind and told me to follow him in my car. It was a very small saw and I think I could have managed it, but I’m not one to turn down help when it’s offered.

Off we went to a little grove of trees, many of which had their needles rubbed off by deer. Charlie showed me a few different trees and helped me decide on one. The tree was so small it only took a second or two to saw through. When we got back to the office, Charlie cut off a few of the lower branches and tidied the tree up a bit. I asked him how much it was. “Nothing,” he said, handing the tree to me. I insisted on paying, but he waved me off and told me to have a merry Christmas.

Well. That filled me with enough Christmas cheer to last through the holidays. When I got home, I brought in the old metal bucket we use for drinks in the summer and turned it over to set the tree on. Tim found an old metal tree stand that suits our little tree perfectly. I went through our ornaments and found the most Scandinavian (or at least European) ones I could. Two strings of wooden cranberries, and that was that. 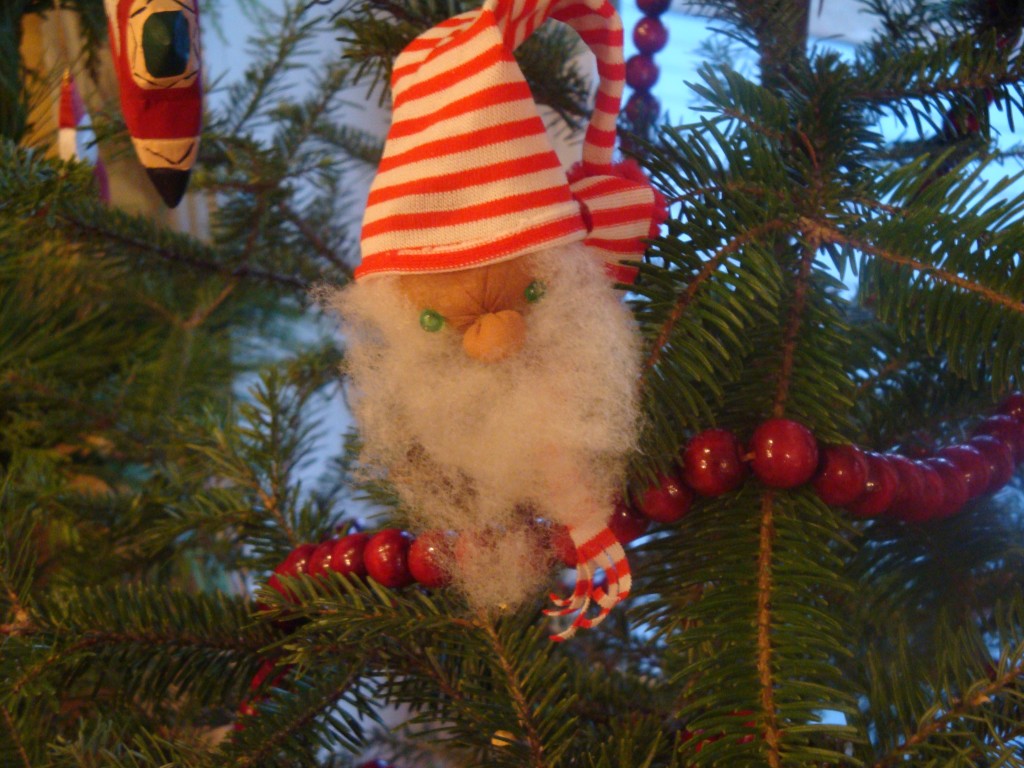 And this little troll has finally found a home.