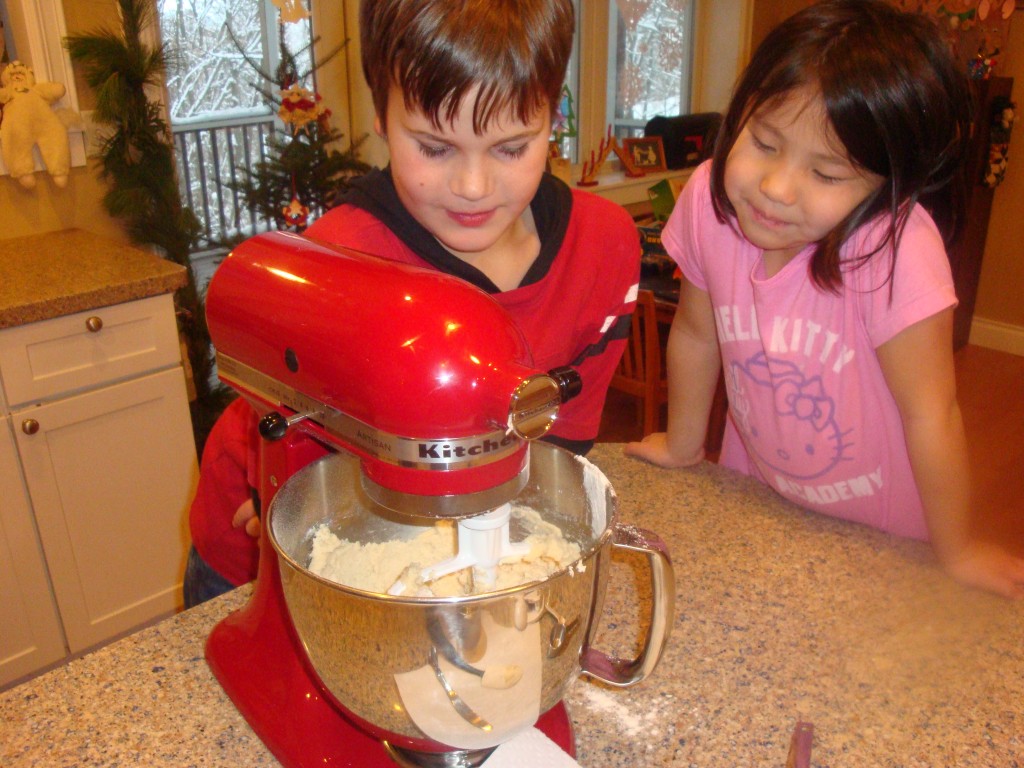 I’m not exaggerating when I say that I’ve wanted a KitchenAid stand mixer for as long as I can remember. Something about that solid hunk of metal says “Serious Cook” to me like nothing else. And this year I finally got one, thanks to my sweet husband and a well-planned strategy using a pre-Christmas sale, a coupon, and a rebate. If Tim had any doubts about whether or not this expense would be worth it, I’m sure those concerns have been put to rest by the fact that I’ve used the thing nearly every day since its purchase in mid-December. Sometimes twice in one day.

Is there anything you think is worth splurging on? When Tim and I were first married, I worked at Dayton’s department store during the holidays to earn some extra money and to buy a few things from our wedding registry. I also bought a Coach purse using my employee discount. It’s a beautiful purse—basic black with a simple, classic design—and I’ve happily used it for 16 years and will likely continue to do so for many more years. We also registered for Ralph Lauren towels and those lasted much longer than the other towels we purchased. I think some things become popular because they’re truly made well. But I admit there are some items I would never purchase, even if I had the money or inclination, just because they’ve been taken over by pretentious people. Certain showy handbags and cars come to mind.

I spent an hour or so at an upscale shopping center in an upscale suburb the week before Christmas. It really brought home the difference between “pretention” and “comfort.” Do you know what I mean? Some things are expensive, but bring great comfort. Like a good pair of boots or some really good chocolate. Other things are just expensive and seem to be more about showing off than bringing a feeling of well-being to the user.

You’ve probably heard this quote by 19th-century English designer William Morris: “Have nothing in your house that you do not know to be useful, or believe to be beautiful.” It’s such a simple concept, but a good guideline for clearing out the clutter and creating a comfortable home.

Today the boys will be burning garland and anything else they can come up with, while the girls and I go run errands. We have no food in the house, plus they desperately need clothes. Lily’s down to one pair of jeans with no holes and Lexie only has two long-sleeved shirts. It’s very challenging to dress four children who grow overnight in a climate that changes drastically every three months, let me tell you. I dream of dressing us like this, vintage car and all.