I started making tiramisu (tih-ruh-mee-SUE) for New Year’s Eve when Tim and I were first married. My love affair with this espresso-infused Italian dessert really began with frappuccinos. I hadn’t been a coffee drinker before we were married, but on a trip to Portland I discovered how good coffee could be if you add things like chocolate and sugar to it. Thank you, Starbucks.

At the same time, Sleepless in Seattle came out and we all learned about tiramisu. Do you remember the line where the Tom Hanks character, Sam, is talking about getting back into dating and his friend, played by Rob Reiner, asks him if he knows about tiramisu? And Sam says “some woman is gonna want me to do it to her, and I won’t know how to do it.” Soon after that, tiramisu started showing up on menus all across the country.

And so I started making this Italian version of the English trifle, but I’ve never been completely happy with any of the recipes I’ve tried. Most years, I’ve ended up combining the recipe from the Alessi Savoiardi (ladyfingers) package with a recipe from my friend’s mother, which worked fine but it was a little cumbersome. I tried a promising one from the internet once but couldn’t get the zabaglione (custard) to set. The dessert tasted okay, but it was pretty soupy. Last year I got too busy and just used this take-off on tiramisu from Real Simple magazine.

But then. My parents gave me Martha’s Entertaining: A Year of Celebrations for Christmas. This gorgeous book is overflowing with ideas and inspiration, but what most excited me was the recipe for mini tiramisu featured in the Peony Garden Party. (If you’re a peony lover, the photos will literally take your breath away.)

To be honest, after scoring 0 for 2 on the other recipes from the book* that I tried during Christmas vacation, I was cautiously optimistic about this tiramisu working out. But it turned out great. I like how it’s simplified, but not too simplified, if you know what I mean. I played around with the recipe’s quantities to fill an 8X8 pan instead of the little candle votives called for in the original, so please be willing to be a little experimental. I also used French roast coffee instead of espresso, Marsala instead of coffee liqueur, and cocoa powder for dusting instead of chocolate shavings. Next time I’ll dip the ladyfingers in the coffee mixture a little bit longer so they’re more soaked.

By the way, tiramisu means “pick me up” in Italian, which makes sense considering all the espresso, sugar, and alcohol in this little gem! 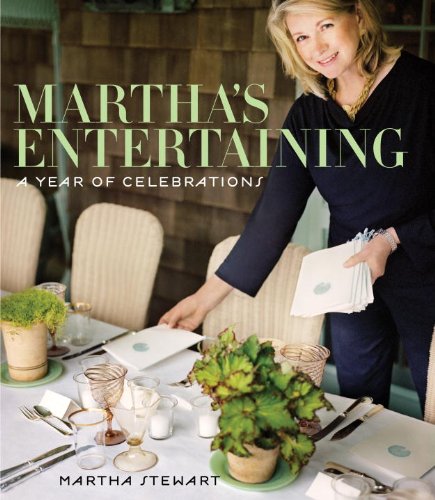 Stir together brewed espresso, Marsala, and 1/4 cup sugar until the sugar is dissolved. Set aside to cool. With an electric mixer on medium speed, beat egg yolks until smooth. Gradually beat in remaining 1/4 cup sugar, then continue to beat until light and fluffy. In a small bowl, stir 2 tablespoons egg yolk mixture into mascarpone to lighten it, then gently fold into whipped yolk mixture. Whip 2 cups heavy cream on medium speed to soft peaks, then fold into mascarpone mixture in two additions.

In another bowl, stir together 2 tablespoons brewed-espresso mixture, the espresso powder, and cocoa powder until powders are dissolved. Gently fold in half the mascarpone mixture until blended.

Just before serving, whip the remaining 1/2 cup heavy cream into soft peaks. Spread over the top of the tiramisu and dust with cocoa powder.

Note: The eggs in this recipe are not fully cooked, so use your best judgment before serving to pregnant women, babies, young children, the elderly, or anyone else whose health could be compromised.

* The Bolognese sauce didn’t look anything like the photo; it was brown and too juicy. The eggs in the potato and onion frittata turned slightly green and spongy. But it could be me.