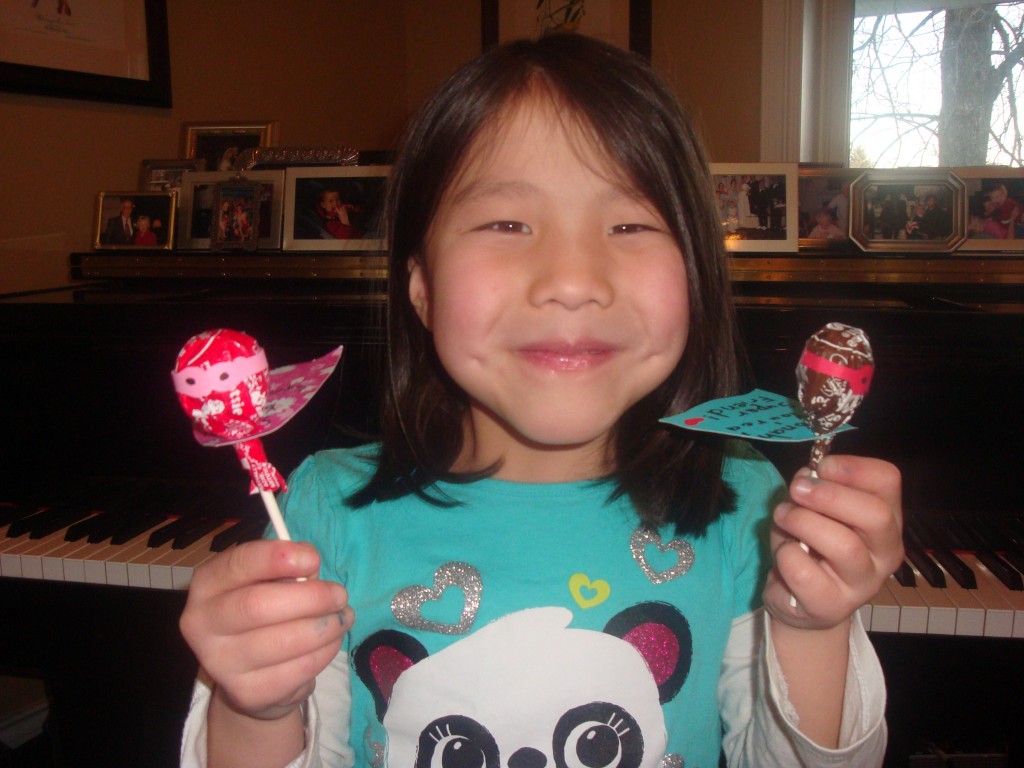 Lily and I finished making her valentines today. She picked these Caped Cute-saders out of Family Fun magazine. They are cute, but they’re also really time-consuming. So this is not a project to try to pull off at the absolute last minute. But if you like the idea, file it away and you’ll be ahead of the game next year!

My patient saint of a mother is the one who sat and cut all those capes and masks out with Lily. I just had to help with the labeling and final assembly. Which still took quite a lot of time, but it was fun to do with Lily because she’s so cheerful about pretty much any kind of work. 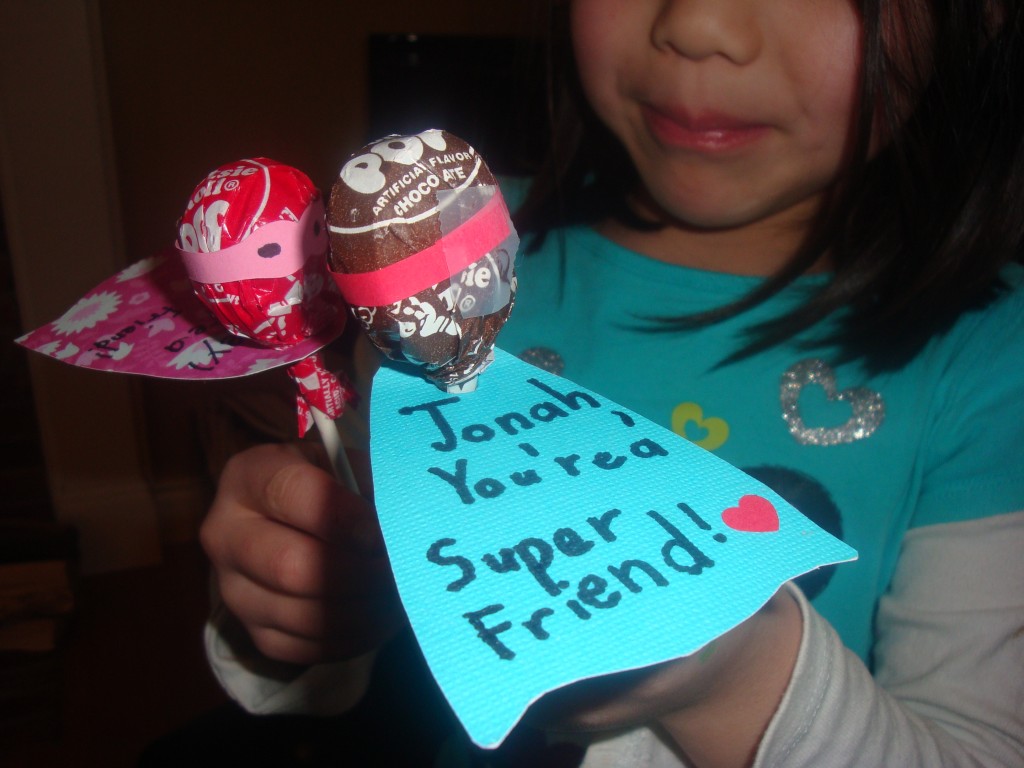 I had planned to make Design Mom’s Mad Libs valentines with Will, but when I realized he had no interest in getting his crafting on, I just had him pick out some valentines at Target. The ones he chose are from Animal Planet and they’re very cute. And with the time we saved, I was able to finish reading The Hunger Games. (More on that later, but for now can I just say I get now what everyone means when they say the story is horrible but compelling.)

So. The only thing left to do is to hang the hearts-on-a-string from the kids’ doorways tomorrow night while they’re sleeping and attempt these heart-shaped biscuits and this pink milk Tuesday morning. And do something special for my sweetheart.

Did you take on any special valentine projects this year like homemade valentines or some fun decorations? Are you planning to make any special foods on Valentine’s Day?