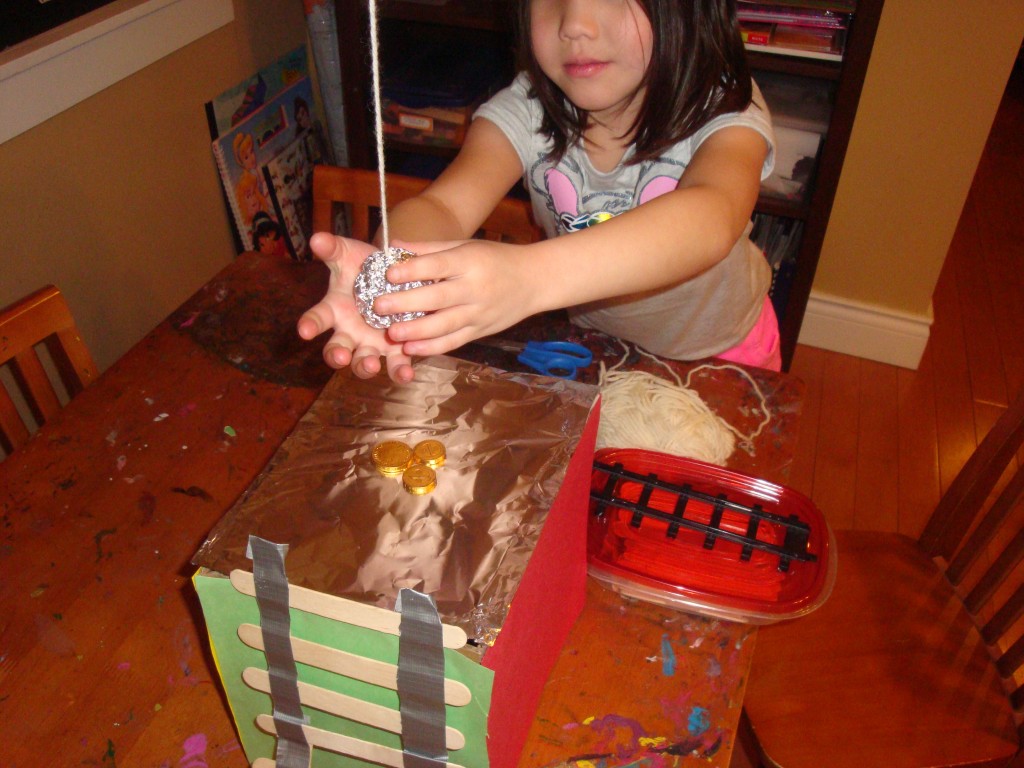 I know St. Patrick’s Day is over, but I have to show you Lily’s Awesome Leprechaun Trap.

But first, the truth. I really didn’t feel like making a trap this year. There was so much going on last week, I could hardly keep up. And, really, would the world end if we didn’t make a leprechaun trap one year?

But Lily lives for projects like this, so I gave myself a speech about how it’s not her fault she’s the youngest or that I’m tired and 18 years older than my mother was when I was seven. But something had to give, so I decided to cheat on the planned shamrock cookies. And also to ask Tim to help her make the trap.

(By the way, those tubes of sugar cookie dough don’t roll out like I thought they would. We ended up ditching the shamrock cookie cutters and just doing round cookies with green frosting and sprinkles. And by we, I mean Lily. Because I had moved on to Guinness chocolate cupcakes with Bailey’s cream cheese frosting. I may have mentioned them once or twice.)

So, Tim and Lily sat down to work out a design for their trap. They decided to lure the leprechaun with a shiny dance floor because no good leprechaun can resist a chance to dance. They placed a few chocolate gold coins on the “dance floor,” which was actually a thin sheet of aluminum foil stretched over the opening of a cardboard box covered with construction paper. (By the way, of course I forgot to buy coins at the store that day, but Tim managed to find a few left over from Christmas. Score! And also yet another reminder to me to write things down.) The finishing touch was a fabulous disco ball that they hung on a string from the ceiling. The leprechaun wouldn’t stand a chance.

Yes, it was extra work and time and energy, but it was worth it when Lily came downstairs in the morning and froze, afraid to peek around the corner. What if she’d actually caught a leprechaun?

She crept slowly over to the trap, watching closely to see if it wiggled or if she could hear the angry squeals of a tiny trapped leprechaun…

But alas, no leprechaun. Paddy O’Seamus managed to escape once again. Lily smiled and shrugged, maybe just the tiniest bit relieved that she hadn’t actually caught one.

And just between you and me, I think even mischievous leprechauns have a sense of self-preservation because all our visitor did was leave a rude message and dye the milk green. With all the uproar from the girls’ room redecoration I would have hunted the little bugger down if he’d left a huge mess for us to deal with. Luckily, neither Will nor Lily noticed the lack of destruction. Or maybe they just couldn’t tell the difference.

Or maybe he was just scared of this guy: 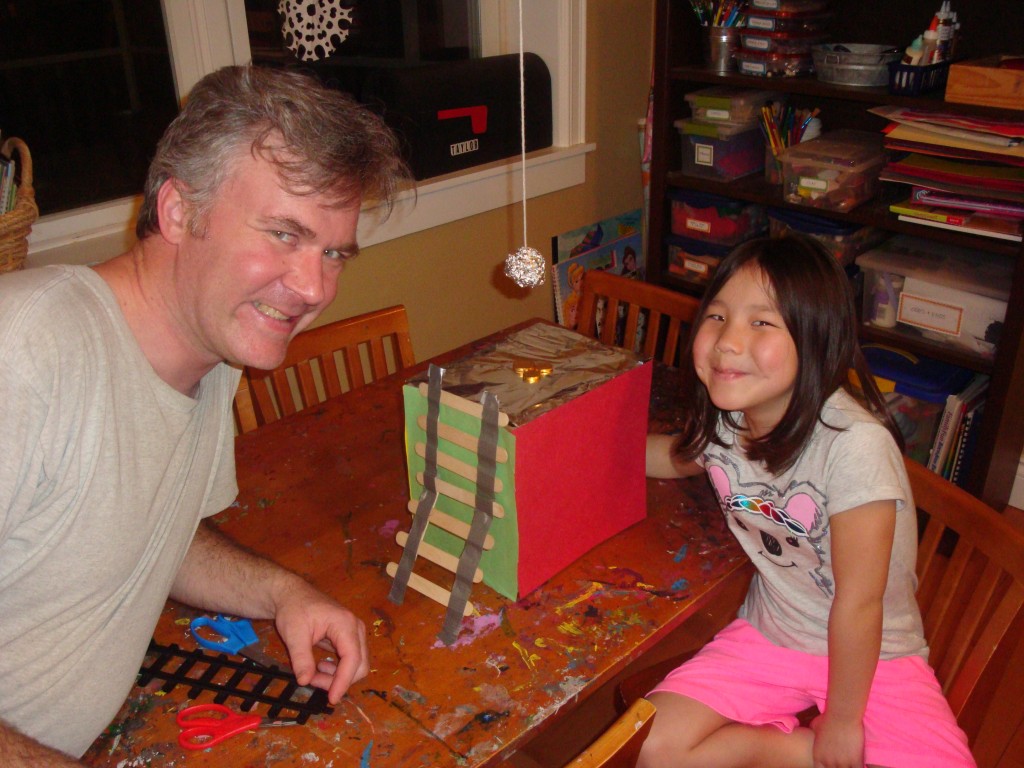 Weekend Links
A Blank Canvas / What Would You Do?