Are you still able to eat Peeps? I am not. But I think it would be fun to make this Peeps Sunflower Cake for the under-20 crowd. (What? You’re over 20 and can eat Peeps? You must have tastebuds of steel!)

Did you get Peeps in your Easter basket when you were little? Back in the ’70s, we just had yellow Peeps shaped like baby chicks. But now you can get bunnies, too, in all the colors of the rainbow. On our visit to the Mall of America during spring break, we discovered a new Peeps store. Lily nearly cried with joy at the sight of thousands of Peeps piled high to the ceiling. I’ll be venturing back there before Easter to stock up. 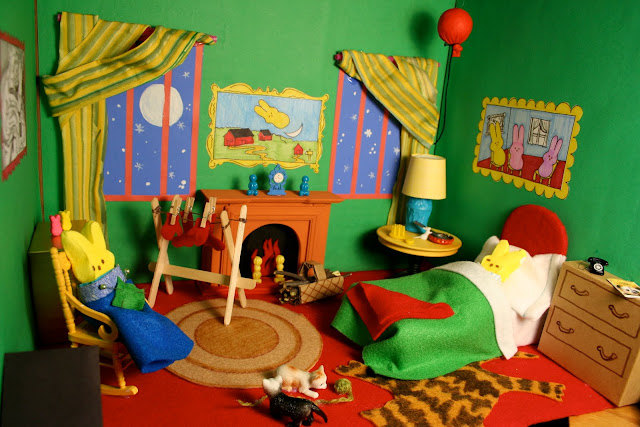 Speaking of Peeps, did you know that the Washington Post is holding its 6th annual contest for the most creative dioramas starring Peeps? Contestants create scenes of historic, current, or future events, or even nods to pop culture, with all the characters played by Peeps. Like this 2010 finalist called “Goodnight Peep.” How cute is that? “Chilean CoPeepapo Mine Rescue” won in 2011. And of course there have been lots of “Angry Peeps” over the years.

I bet there’ll be a lot of royal wedding entries this year. And Peeps occupying Wall Street. Maybe even Peeps leg-bombing, a la Angelina Jolie. We’ll find out when the winners are announced online on Wednesday, March 28.

Here’s the big question: If you were going to enter the contest, what current event or cultural phenomenon would you recreate? Please share.

Update: Winners for 2013 will be announced here on March 27.