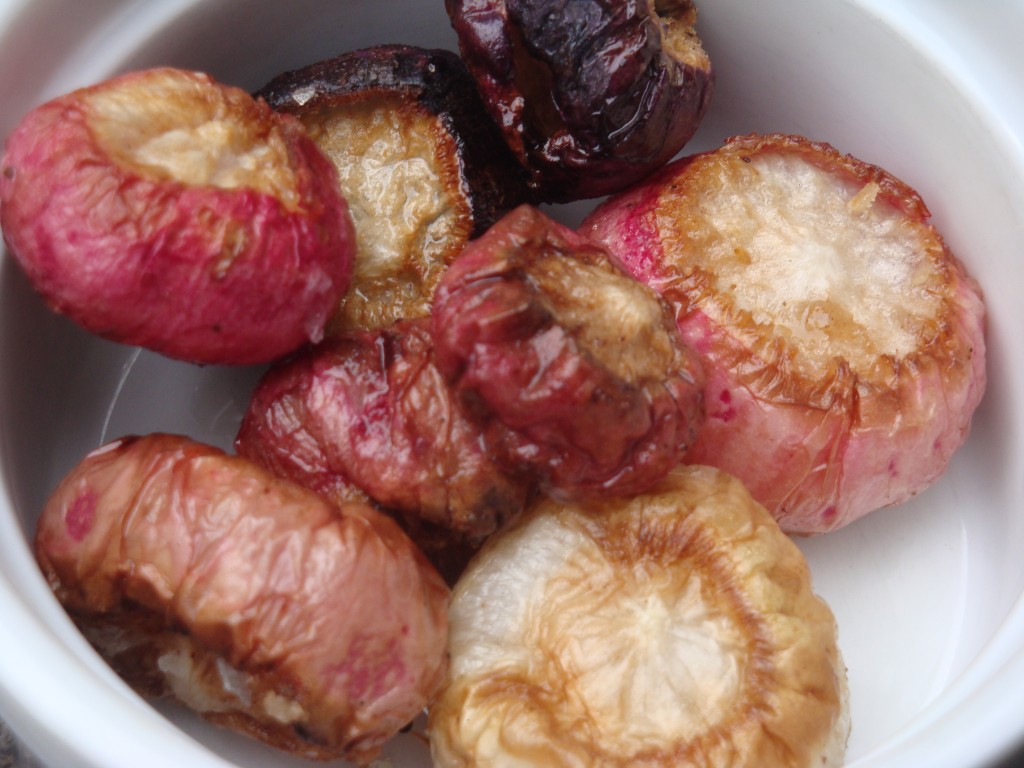 Do some people love radishes the way others love squash or asparagus? I’ve never given much thought to radishes. I’ve bought them once or twice when I’ve tried to replicate my grandma’s potato salad. Which hasn’t been very often since, fortunately, she’s still around and willing to make it herself.

So other than in potato salad, I’ve never eaten radishes. So when a little bundle of multi-colored radishes appeared in our farm share box last week I had to figure out what to do with them. I remembered that Michelle at One Ordinary Day had posted a roasted radish recipe earlier this summer and decided to give it a try.

As you probably know, roasting does miraculous things to vegetables, and the radishes were no different. They were still “peppery,” as Michelle puts it, but they tasted much sweeter than if eaten raw.

To be honest, I still wouldn’t seek radishes out for myself. But Tim liked the roasted version so much I wouldn’t be surprised if he picked up a bundle next time we’re at the farmers’ market.

We’ve nearly made it through our first box. All that’s left is some spinach, which I’m thinking of using in this salad because I have sun-dried tomatoes and pecans. And then tomorrow we get to pick up our second box!

I read this the other day and it stuck. Kind of pe