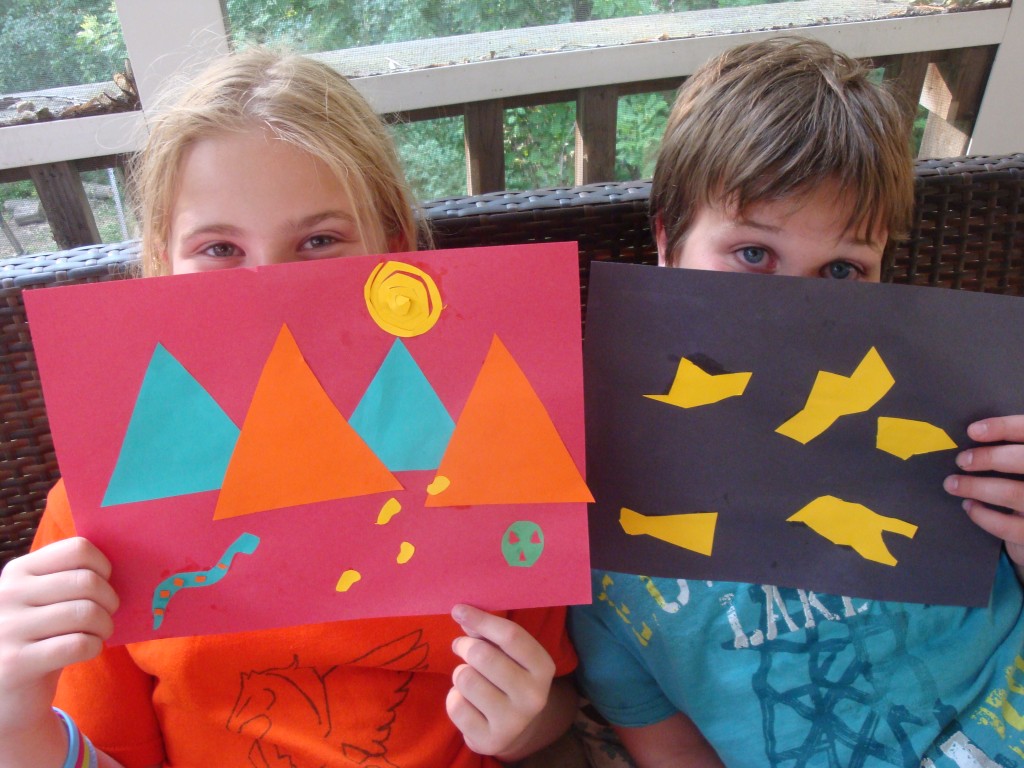 This simple project, inspired by French Expressionist painter Henri Matisse, would be fun to do whether you’re learning about France or just looking for something creative to do with the kids.

I went back to Making Art Fun for a biography of Matisse. We learned that Matisse was all set to become a lawyer until he came down with appendicitis. While he was recovering from surgery, his mother gave him a paintbox and the rest is history.

We read about how Matisse never gave up or allowed others to define him. When his first art teacher told him he’d never learn to draw, Matisse kept trying. And when illness left him unable to paint, Matisse switched gears and started cutting paper collages. He called this new technique “painting with scissors.” Lexie pointed out that if Matisse had listened to his art teacher, kids in Wisconsin wouldn’t be learning about him today. Exactly. 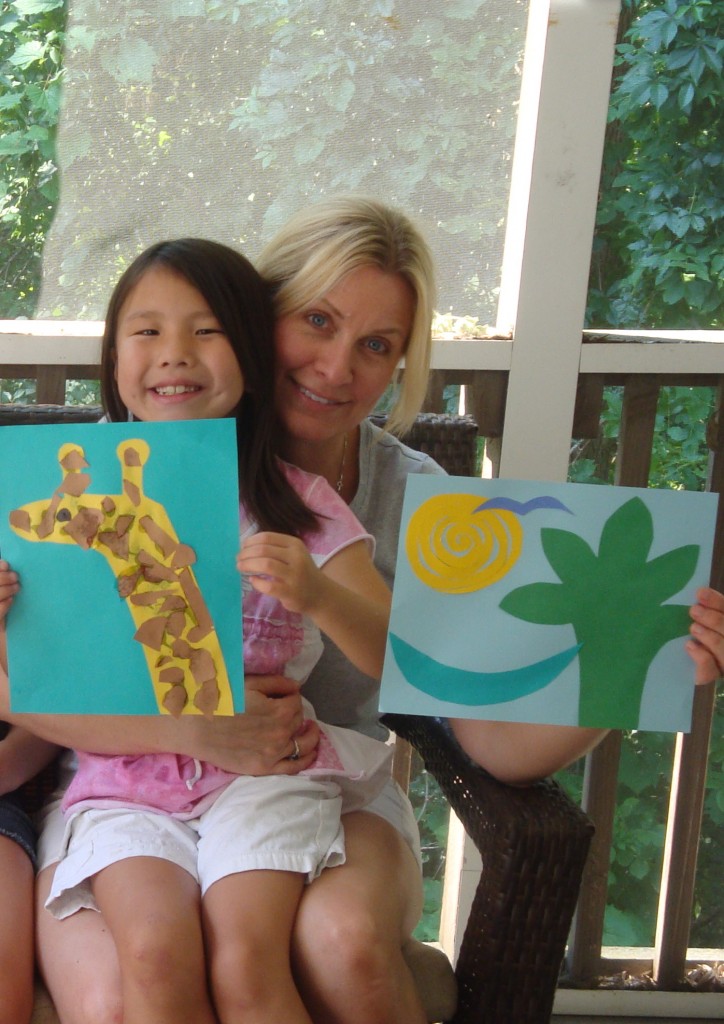 We looked at some of Matisse’s work online and then I told the kids we were going to create our own papier decoupés. I’m pretty sure that means paper cuttings, but please correct me if I’m wrong! The only supplies you need are construction paper, scissors, and glue. And a willingness to let your imagination run away with you.

When we finished we had a desert scene with a spotted snake and mysterious footprints, stars in an inky black sky, a summer afternoon, and the most adorable giraffe ever. Lily was actually a little nervous about this project (what, no pattern?) but I think her giraffe is amazing.

If you picked up paper and scissors, what would you create?