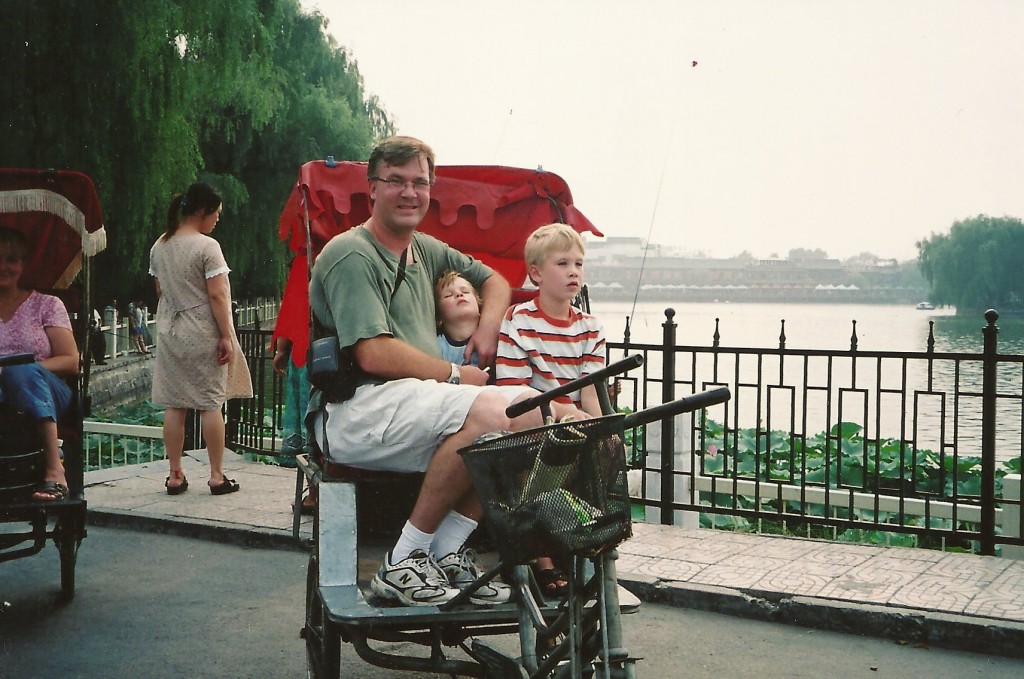 “There were days when she would take an aimless ride in a rickshaw, immersing herself in the choreographed commotion of the streets, where banners in bold Chinese characters waved down through shafts of sunlight, advertising sales, silks, mah-jongg sets, live birds, ivory. She found Shanghai to be ‘a great sprawling rambling’ place filled with beautiful faces. 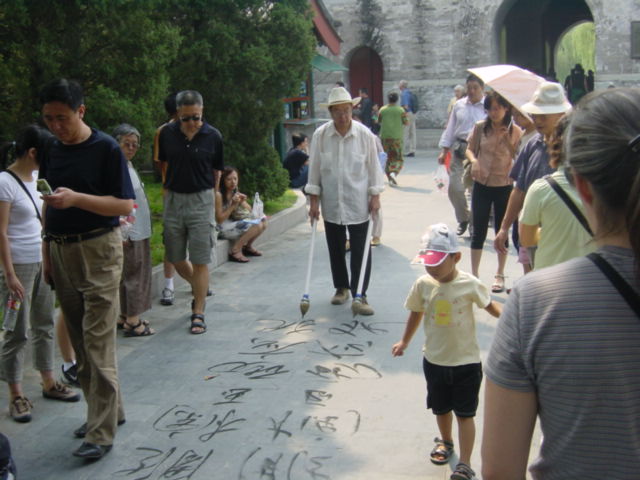 “How preposterous, she wrote home, that westerners say the Chinese all look alike. The people she saw on Bubbling Well Road were as different from one another as the pedestrians on Fifth Avenue in New York. And in those faces she rarely, if ever, detected anxiety. 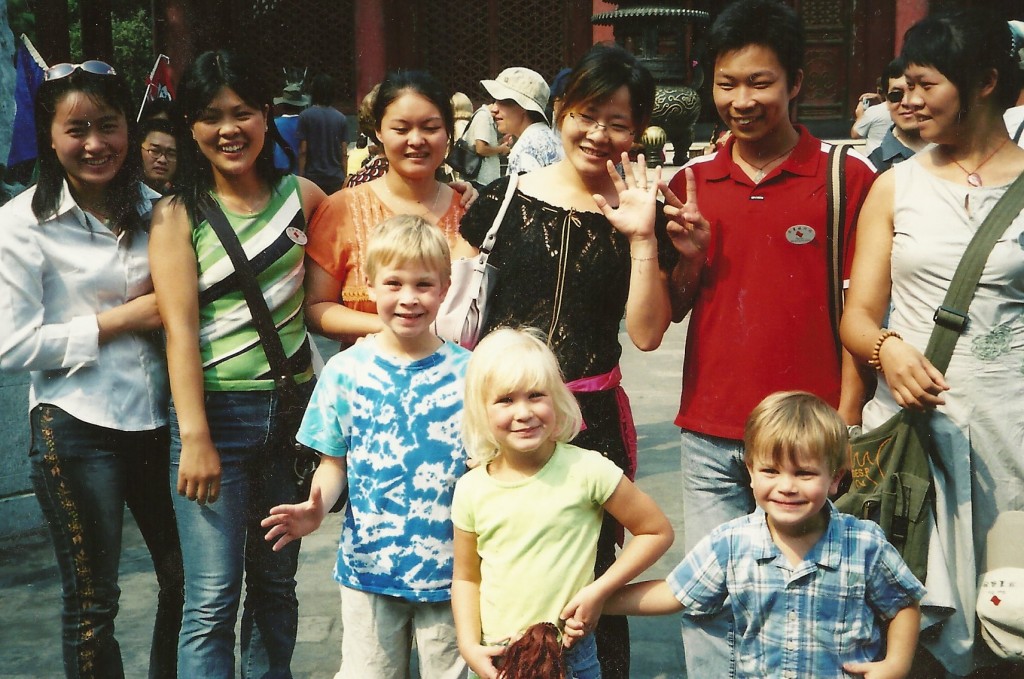 “She came to believe that the poorest Chinese peasant had something most Americans, even the richest—perhaps particularly the richest—never knew: inner peace. 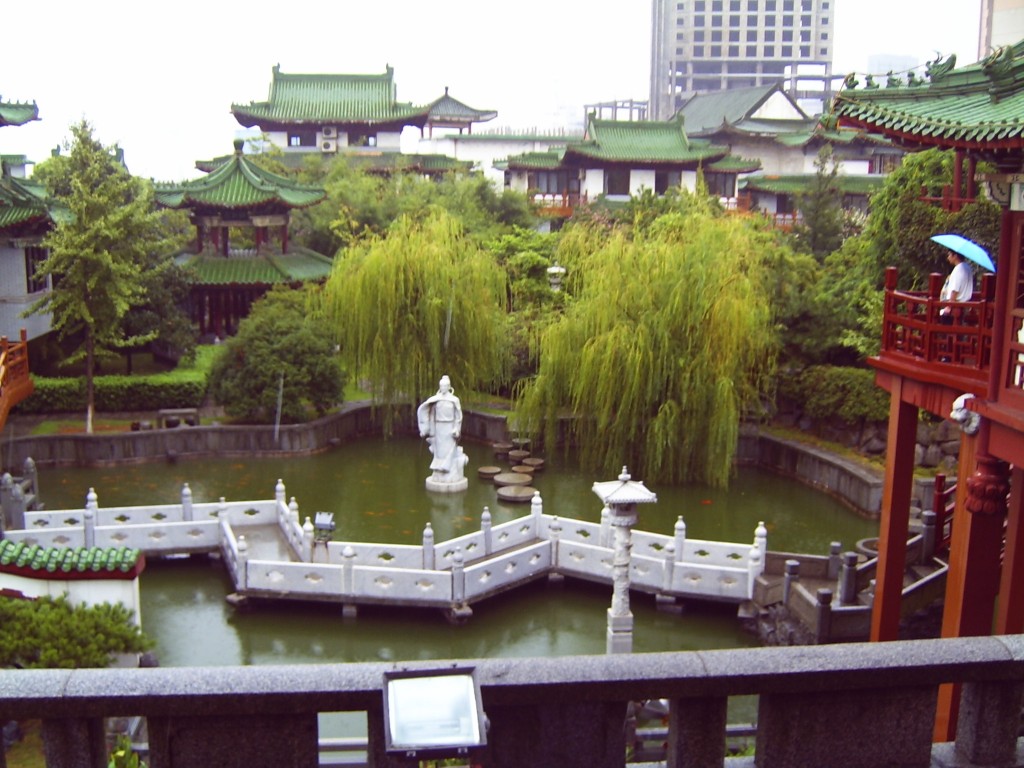 “Ruth Harkness experienced a strange sensation that would never leave her—that here, on the other side of the world, she was ‘in some inexplicable way—home.'” 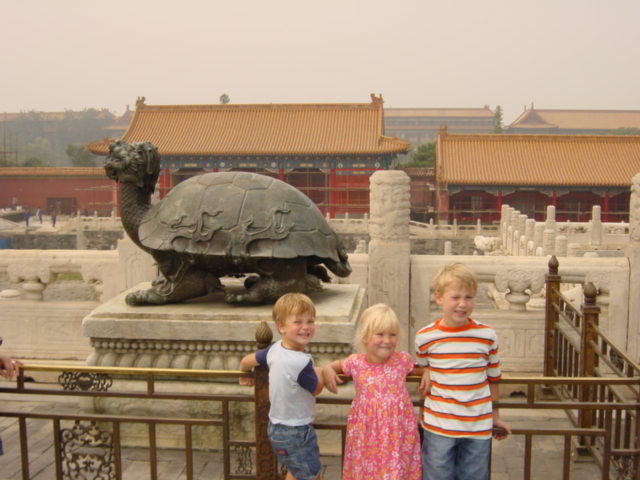 “China is a country of unforgettable color, and often, quite unbidden, come vivid pictures to my mind—sometimes it is the golden roofs of the Imperial City in Peking, or again it is the yellow corn on the flat-roofed little stone houses in the country of the Tibetan border land.”

{ Text from The Lady and the Panda by Vicki Constantine Croke. Photos are: riding rickshaws through the hutongs of Beijing, a man writing poetry with a brush and water on a sidewalk at the Summer Palace, the kids being photographed by tourists at Mao’s Tomb, gardens in Nanchang, and the oldest three in the Forbidden City }