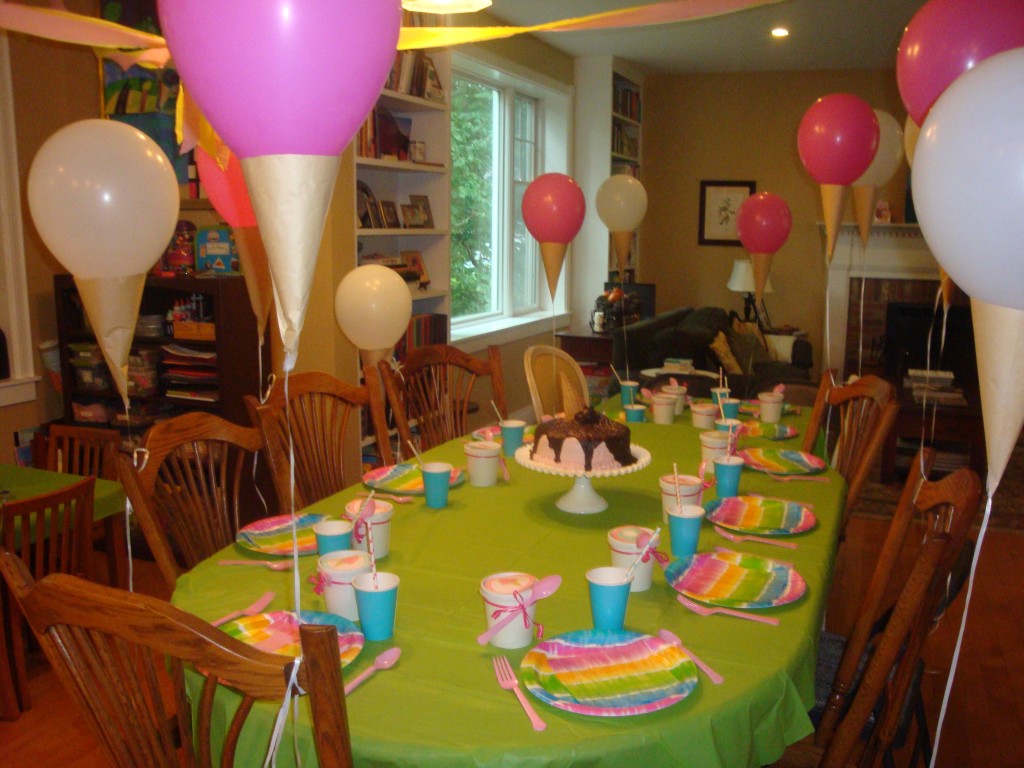 I’m finally posting photos from Lily’s birthday party! She celebrated turning eight with some of her closest friends, a little swimming, and lots of ice cream.

I stuck with our usual plan for parties, which is to try to come up with a few really fun ideas and then keep everything else very, very simple.

When I saw these “ice cream” balloons I thought they’d be perfect for Lily’s ice cream party. They’re from Martha Stewart, so I should have known they wouldn’t be as simple as they look! It turns out that it takes some finesse to get the cones sized exactly right so they don’t sink the balloons. You can see one that’s beginning to sink, and the party hadn’t even started yet.

But they’re so cute they were worth the trouble. We used brown kraft paper, regular balloons, string, and a helium tank from Target. You might have better luck getting the balloons to stay up if you splurge a little on larger balloons from a party store. 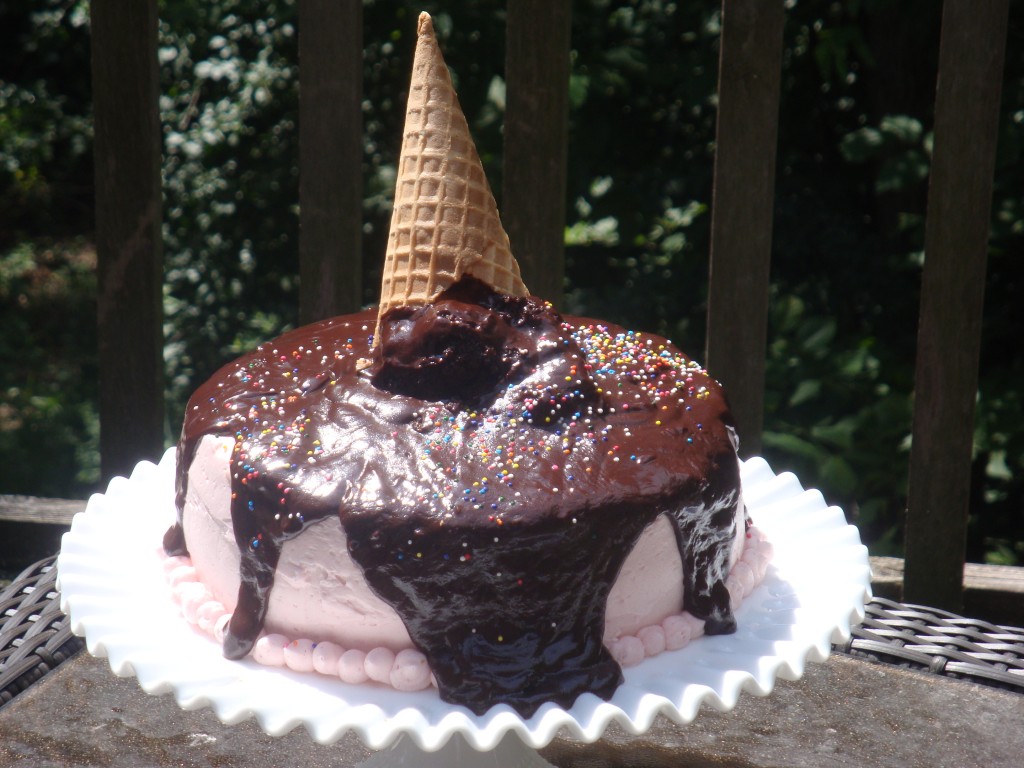 Check out the cake that Grammy made! My mom is such a good sport—I e-mailed her the link to One Charming Party’s cake and she did a brilliant job replicating it. And the ganache she made to look like melting ice cream was so incredibly good! You can’t go wrong with heavy cream and chocolate. 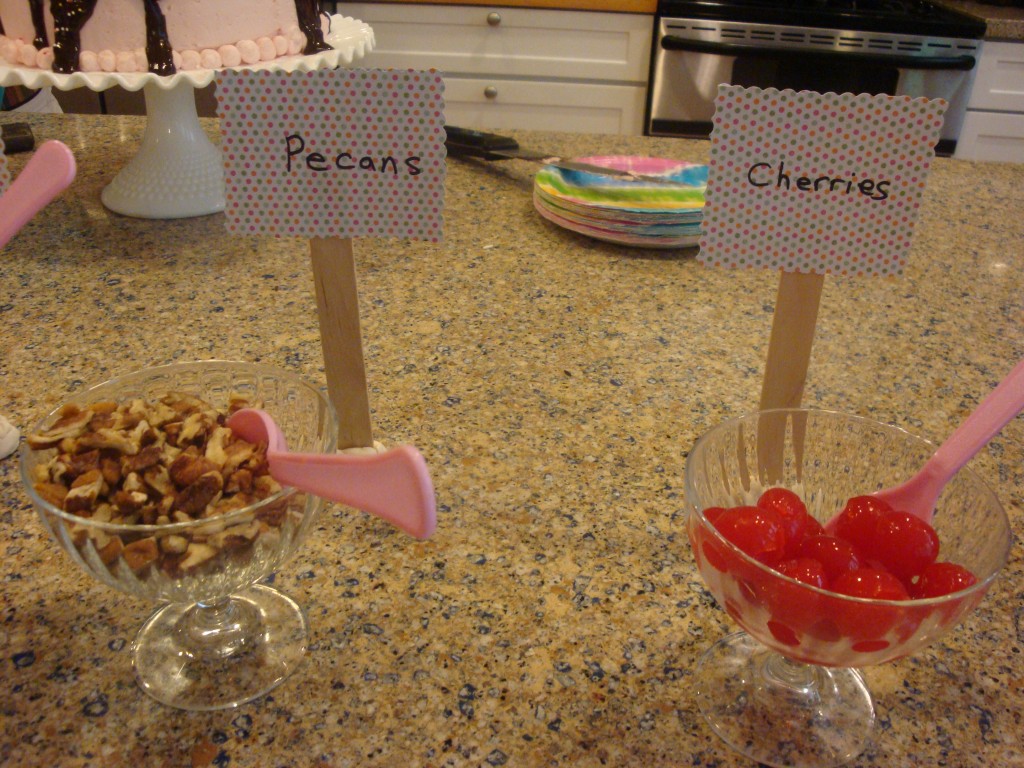 Since we were learning about Australia that week, we made fairy bread for the girls to nibble on as they arrived. After they played in the Wishy-Wash and swam for a bit, we made homemade ice cream. It’s so easy to do and kids always love it. But it’s definitely an outdoor activity!

For dinner we gave them pizza and watermelon. Easy. And while Lily opened her gifts, I set up the sundae bar. There are lots of great printables out there if you want to set up a truly fancy sundae bar. I, however, used up all my energy on the ice cream balloons and favors so we had a very basic sundae bar. One thing that’s worth mentioning, though, is that if you need a way to make a little sign stand up, stick it in some play dough. Works like a charm.

I put out a couple of different kinds of ice cream and a bunch of different toppings: crushed oreos, gummi bears, white chocolate chips, cherries, pecans, chocolate syrup, butterscotch syrup, and whipped cream. We let the girls help themselves and, after they’d enjoyed their cake and ice cream, we let them loose to play some more until their parents arrived.

Next up: favors and games.