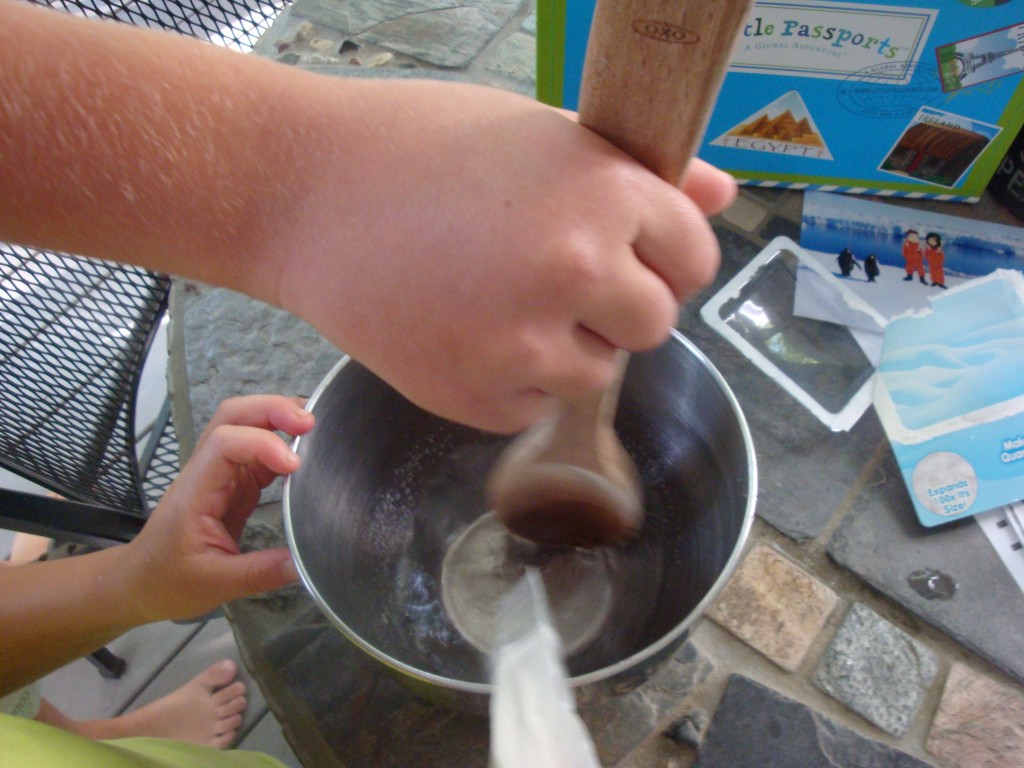 Antarctica isn’t a country, technically, but since Little Passports sent us this cool fake snow we’re going with it. Snow-making is probably more exciting for kids who don’t live in a land that’s covered in snow half the year, but they still enjoyed it. All you have to do is add water to the powder and stir. The funny thing is that we all expected it to be cold to the touch, but of course it wasn’t since it’s not actually snow! 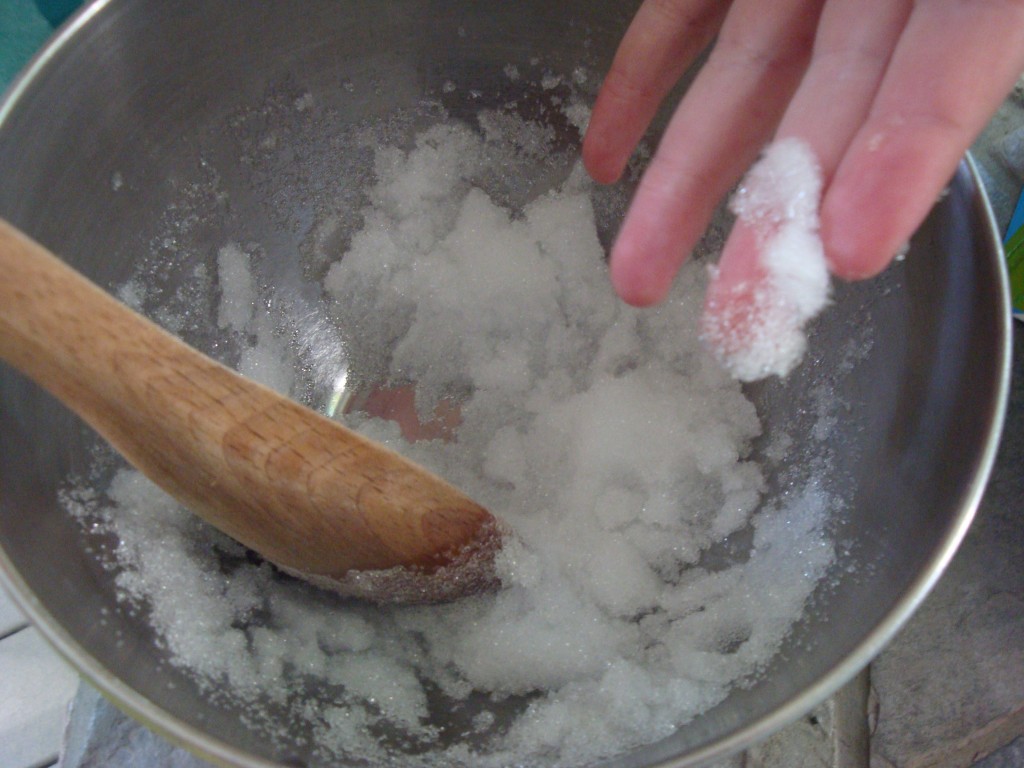 So what else can you do to learn about Antarctica? We ordered a few movies from Netflix to watch this week—March of the Penguins, Eight Below, and The Endurance (about Sir Ernest Shackleton’s legendary expedition to Antarctica). We just visited the penguins at the Minnesota Zoo, so they’re fresh in our minds. And Lexie is reading Madeleine L’Engle’s Troubling a Star, which is partially set in Antarctica.

As far as food goes, we had cold cuts and iceberg lettuce wedges for dinner, and I think for the rest of the week we’ll just focus on ice cream.