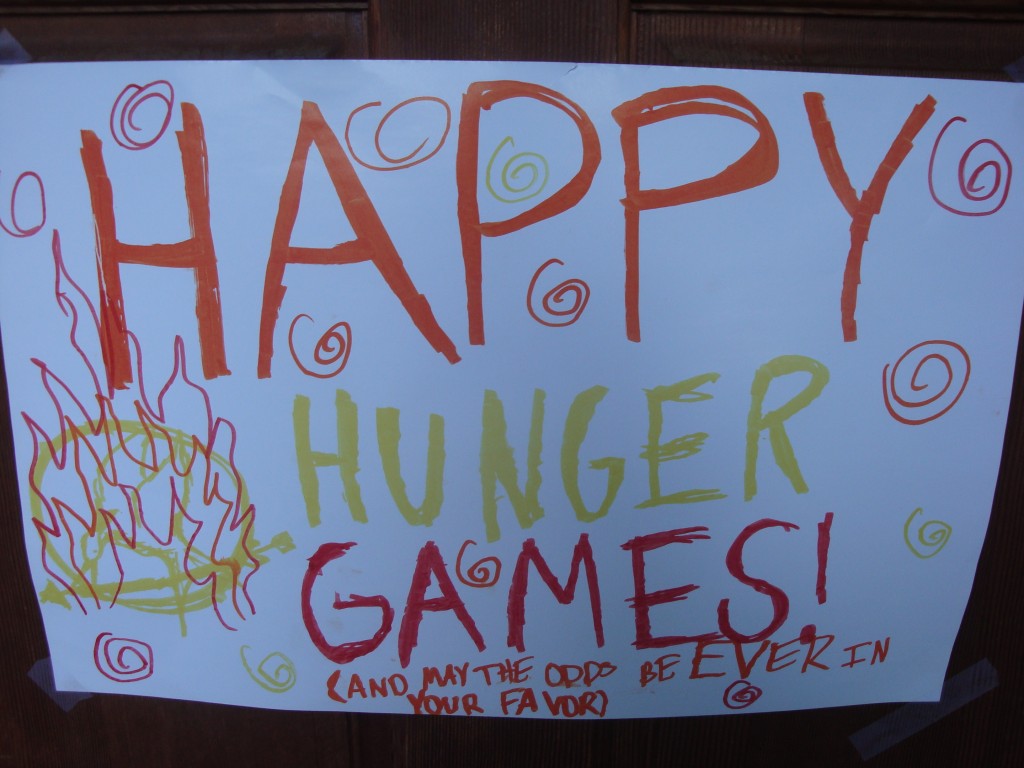 Within seconds of the announcement that the Hunger Games movie would be released on August 18, Lexie asked if she could host a party to watch the movie. Alrighty, we said. So this past weekend Lexie and a handful of her friends gathered to channel their inner tributes and watch The Hunger Games.

Lexie welcomed her guests, who came dressed as characters from the movie, with a homemade sign on the front door. She gave each guest a backpack she had filled with survival gear (mostly blankets, flashlights, bottles of water, and band-aids) and they disappeared into the woods behind the house.

For an hour or so we heard lots of running and screaming. And then, inexplicably, the sound of karaoke from the basement. Soon after that the girls came looking for snacks. We gave them pita chips, slightly burnt bread (why is it so hard to burn something on purpose?), and goat cheese. No one touched the goat cheese.

They drank (root) beer in honor of Haymitch. Each girl had to pick a straw: 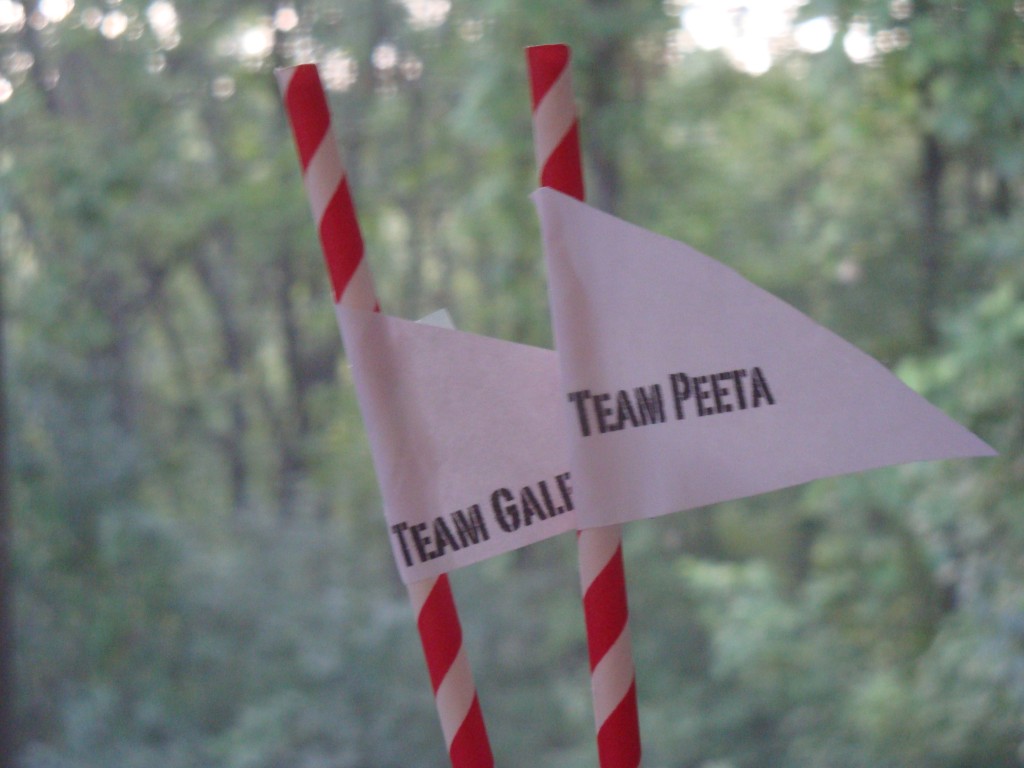 [Lexie picked a Peeta straw, but she’s really a member of Team Finnick. She’s eagerly awaiting news of who gets cast to play him in Catching Fire. She told me that Amanda Plummer is playing Wiress—I can totally see that, can’t you?]

Next up was a simple dinner of tacos. I know, not very theme-y. Although I did tell the girls that I got the meat from Greasy Sae, so they were taking their chances. When I told them that the white roses on the table had been delivered by an elderly man with white hair, they looked horrified. What? I said innocently. I thought he was someone’s grandpa.

My attempt at making a Cake on Fire was so feeble that I didn’t even take a photo. I had a vision of yellow and red flames shooting from the cake, but my frosting wasn’t thick enough. Feeble! At least it was edible.

I wish I would have seen these clever creations from Diamonds for Dessert before the party. It’s hard to pick a favorite! 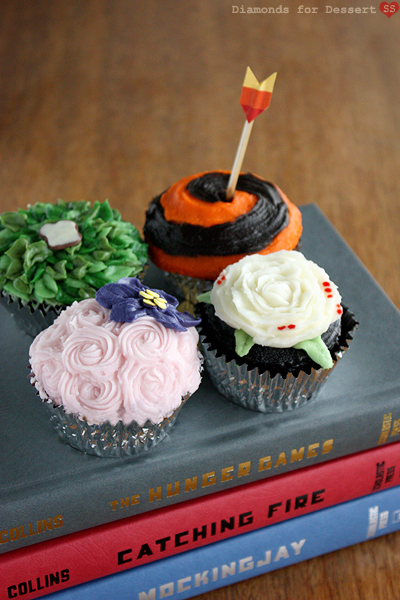 And then the girls settled in with blankets, pillows, and tissues to watch the movie.

If you were hosting a Hunger Games party, what would be your must-haves?