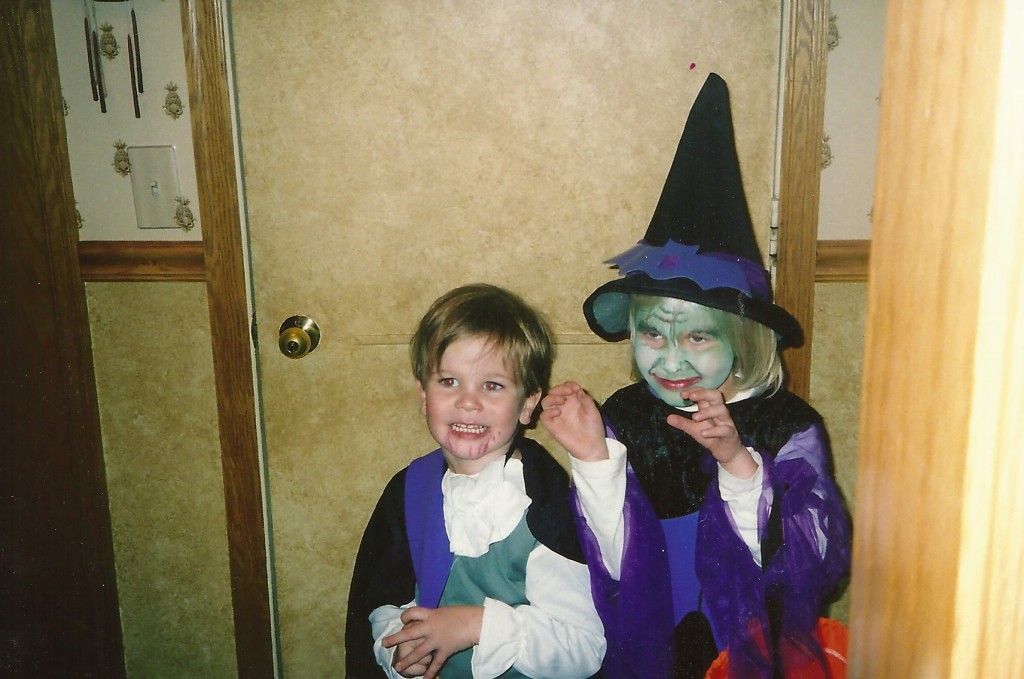 Halloween is still weeks away, but the kids and I have started thinking about costumes. It’s hard not to as the leaves start falling and the pumpkins start turning orange!

While we were discussing costume ideas the other day, I asked the kids if they remembered the story of how their dad was this close to wearing a princess costume to the hospital the night that Andrew was born. What?!? they said.

It’s true: I was hugely pregnant and due any minute the week of Halloween. So I embraced the roundness and dressed as a pea for our friends’ Halloween party. With a Barbie mattress on my head. And Tim was the very large, pajama-wearing princess.

It would have been so funny to show up at the hospital like that, but Andrew didn’t arrive for four more days. Oh, well. At least I have some great photos of Tim in a long, blond wig. 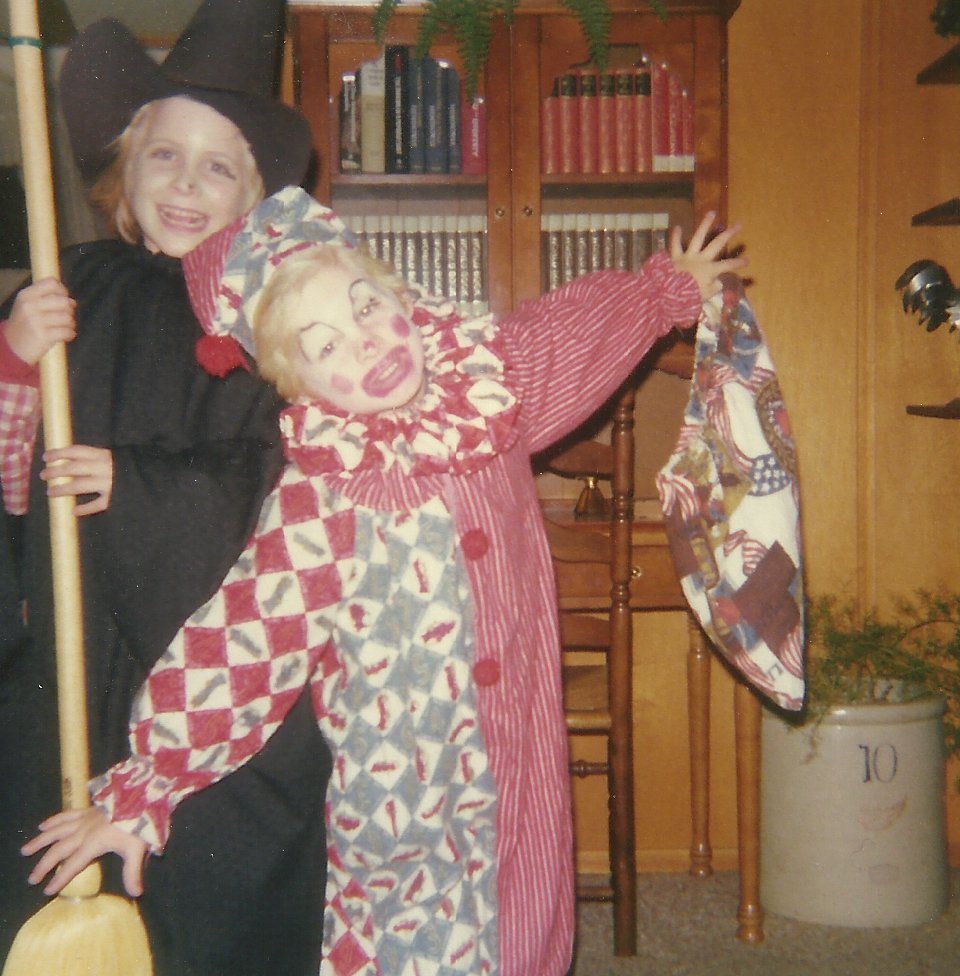 We’ve had some fun with costumes over the years, like last year’s Paul Bunyan and Babe the Blue Ox. And we’ve seen some seriously fun and creative ideas, like the Flying Elvises that showed up at our party one year. But I think my all-time favorite costume was a woman dressed as a wedding cake—she even smelled like vanilla.

What was the greatest Halloween costume you ever wore? Or have you ever seen a costume and thought, how did they come up with that? Please share!

Oh My Sainted Aunts
Homework: Good or Bad for Kids?