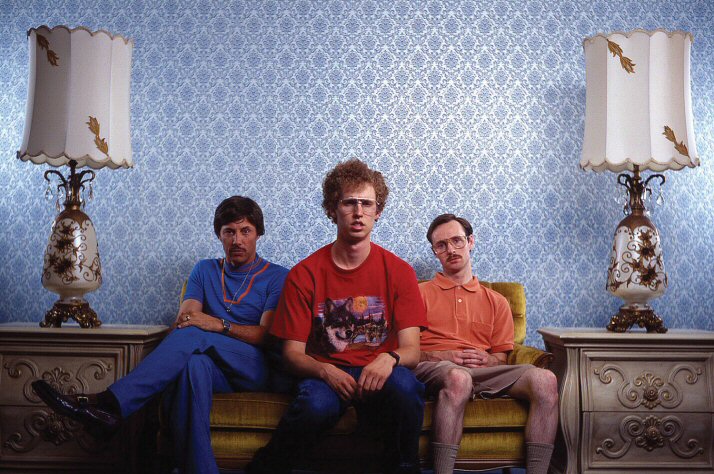 We were all set to watch Groundhog Day on Saturday until I realized we don’t actually own Groundhog Day. Nuts. Target didn’t have it, either. But they did have Napoleon Dynamite, which the kids had never seen.

The movie is quirky and funny and Napoleon’s dance scene is epic, but for us the best part came after the movie when Andrew did a spot-on imitation of Kip singing “Always and Forever.” I died.

Andrew also does impressions of Gollum, George W, and Jimmy Stewart, to name a few. I never saw this talent coming.

Except maybe I did. When Andrew was small, he’d get me and Tim to do character voices all the time. “Do Caillou’s mom! Do Cruella de Vil!” I had to pretend to be Mary Poppins or Thomas the Tank Engine just to get his attention. One time, inexplicably, I had to act like a piece of cheese.

So now, along with other role reversals like looking up at my son and asking him to get objects that are out of my reach, I find myself saying, “Do the one from Family Guy!”

Has anyone in your household surprised you with an unexpected talent? Or maybe you surprised yourself? (Who knew you were a natural at the ukelele?)

Short Fiction
A Life in Mugs