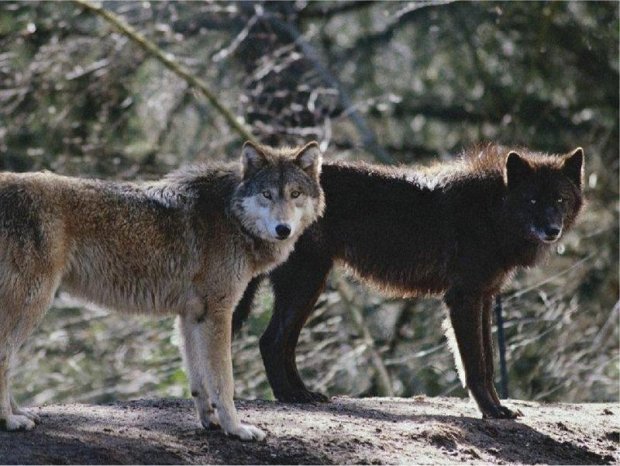 I admit that sometimes I wish Tim were more of an all-singing, all-dancing kind of Dad. “Okay, gang! Let’s train for a 5K!” or “Let’s form a family band—get out your instruments!” or “It’s Game Night!”

But the truth is that such enthusiasm from him would probably wear me out. And, anyway, his strengths come from a quieter place, which I’m often reminded of in unexpected ways.

Like last week. After the horrible events in Boston, I did my best to answer the kids’ questions. I wanted to be honest, but mostly I didn’t want them to know that the world can be like that.

Later in the week, I picked Lily up from school and saw her bouncing out of last year’s classroom followed by her former teacher. Mrs. J told me that Lily was explaining how we all have a good wolf and a bad wolf inside us, and the one that wins is the one we feed. Lily looked quite pleased, although I’m not sure if that was because it felt good to share wisdom or because she got some Skittles out of the deal. Probably both.

I realized that Tim must have shared the wolf story, hoping to help the kids make sense of why some people behave the way they do. He might not be flashy, but he’s awfully wise.

Here’s the full story, in case you haven’t heard it.

One day a Cherokee chief was talking to his grandson. “We all have a great battle going on inside us,” he told the boy. “It is a terrible fight and it is between two wolves.

The elder went on and told the boy that this fight was going on inside him right now. And it would continue all his life. The little boy sat thoughtfully for a moment then turned to ask his grandfather a question.

“Which wolf will win?” he said.

The Cherokee chief smiled at him and said simply, “The one you feed.”