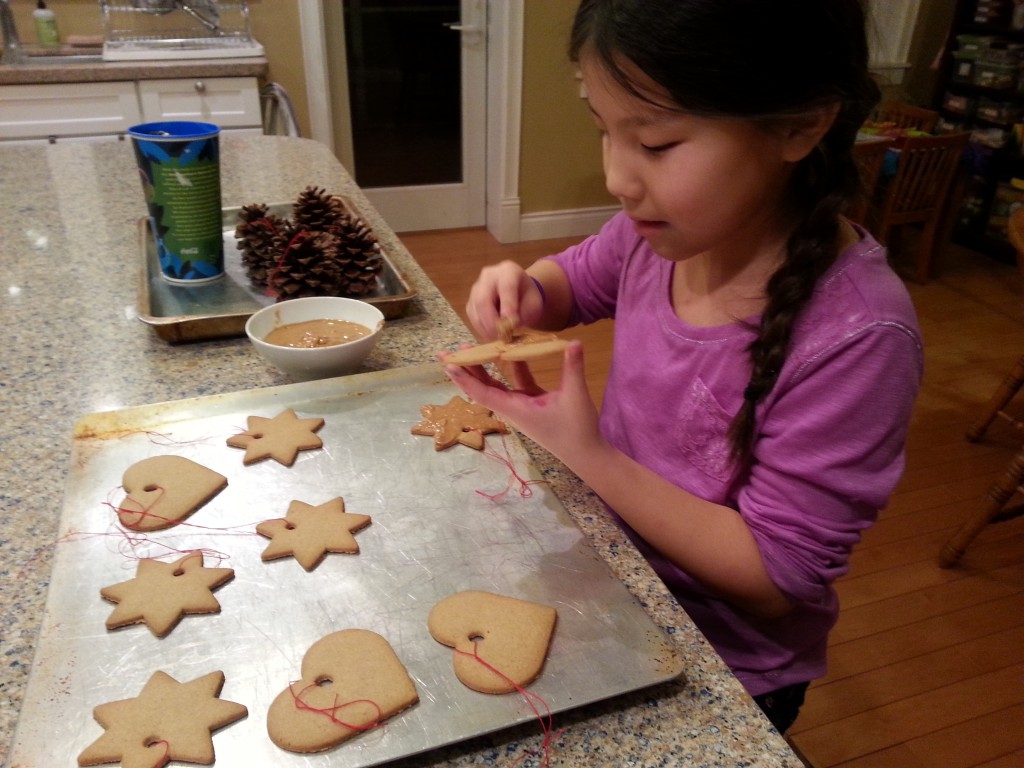 It started so well. Lily patiently spread peanut butter and bird seeds on pine cones and IKEA ginger cookies left over from the little “Scandinavian tree.” 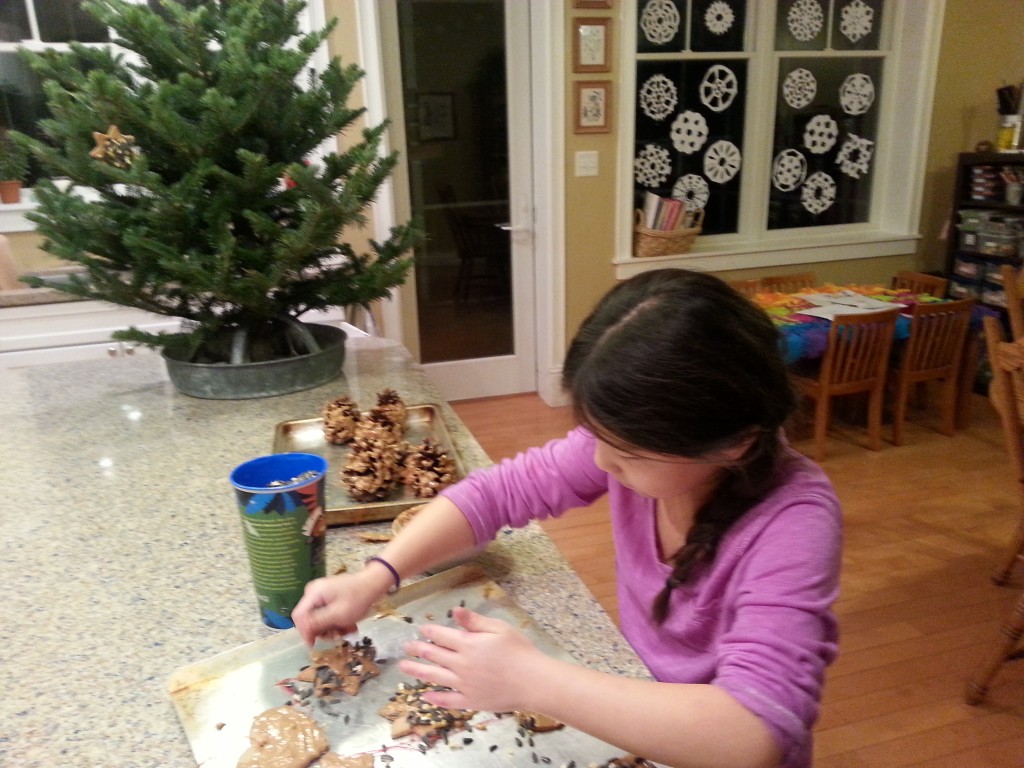 Tim put the tree out on the back porch and we watched to see what the birds would do. The chickadees were first to investigate, of course, because they’re the boldest. And then the nuthatches figured out what was up and they dove in, too.

It was all good.

The next day I was washing the dishes and you know how you notice something without really noticing? The window over the sink gives a nice view of the birds’ feeding area and I had a vague impression that something was different about the tree. But my mind was on other things and it didn’t really compute.

Until later when I happened to glance out the window: 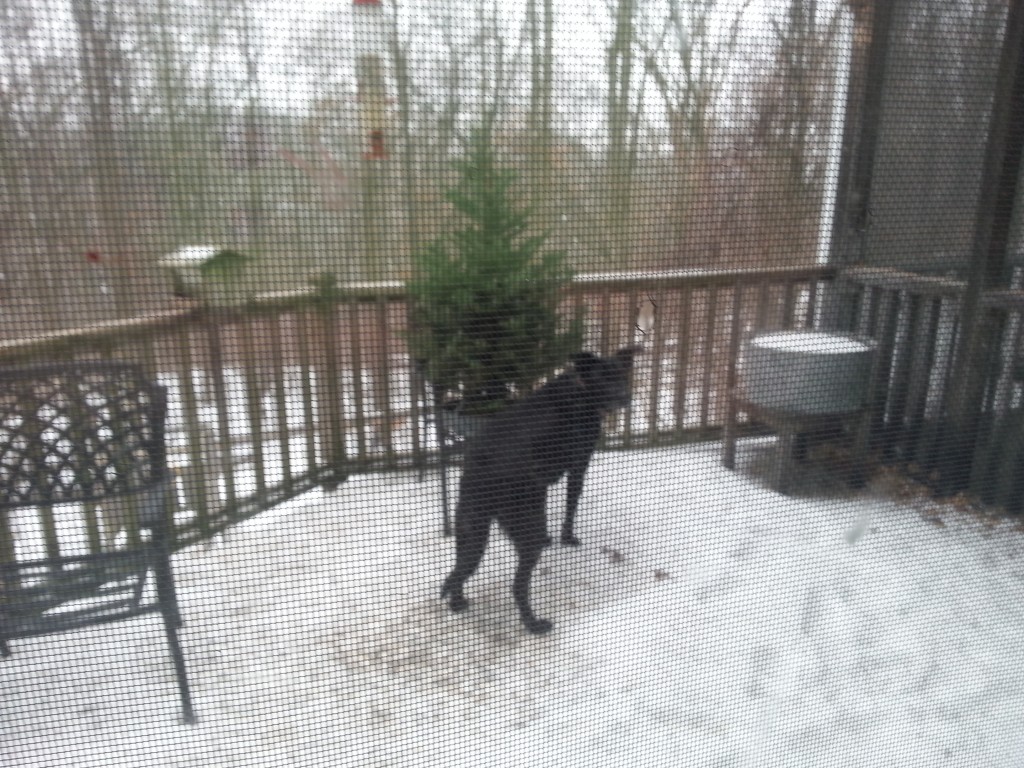 I couldn’t hear Layla very well through the window, but I believe she said something along the lines of “Aw, man.”

She ate every single one of those ornaments.

So then we started talking about other times when things have gone to the dogs.

Like that one Thanksgiving when Gunther the Golden Retriever ate a pumpkin pie off the counter. (To be fair, no one had told him not to.)

Or when he took a slice of pizza right out of my hand. I was sitting at the kids’ art table, talking, and must have gestured with the hand holding the pizza. It was right at his nose-level, so he went for it.

Or the time Molly the Beagle ate a candy dish full of Hershey’s Kisses while we were at Christmas Eve services. I know chocolate is bad for dogs, but it never occurred to me she’d eat through the wrappers! The vet told us to give her hydrogen peroxide, and I’ll never forget the sight of chocolate foam gushing spectacularly—and seemingly endlessly—out of her mouth.

Or the time at my in-laws’ when we spotted Maggie the Basset Hound in the backyard walking around with a loaf of Wonder Bread (still in the wrapper) firmly clenched in her jaws.