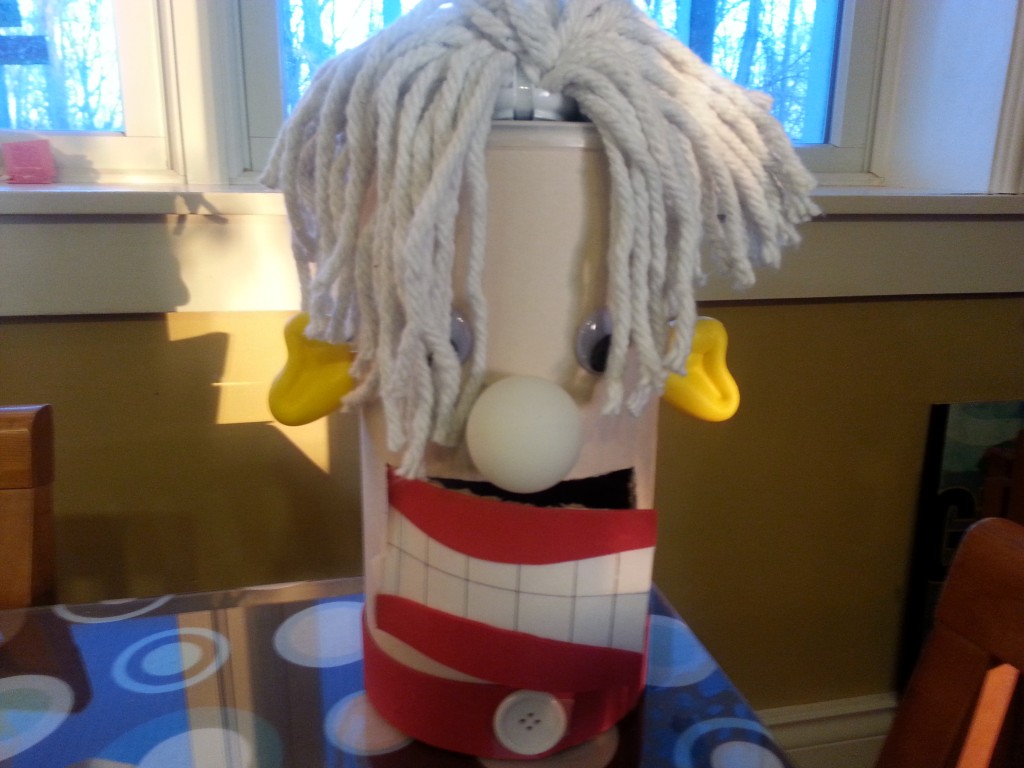 When I asked the younger kids what they wanted to make for their valentine holders, Lily said a panda, of course. Will thought for a moment then said, “How about a guy’s head with a really big mouth to put stuff in?”

So this is what Will came up with and if I told you he calls him Doc Brown, would you know what I mean?*

Here’s Lily’s panda. The best part: Lily did it all herself! I gave her the paper-plate-as-face idea, but she dug out the shoebox, covered it in paper, and added all the bits and pieces herself. My favorite is the bamboo. 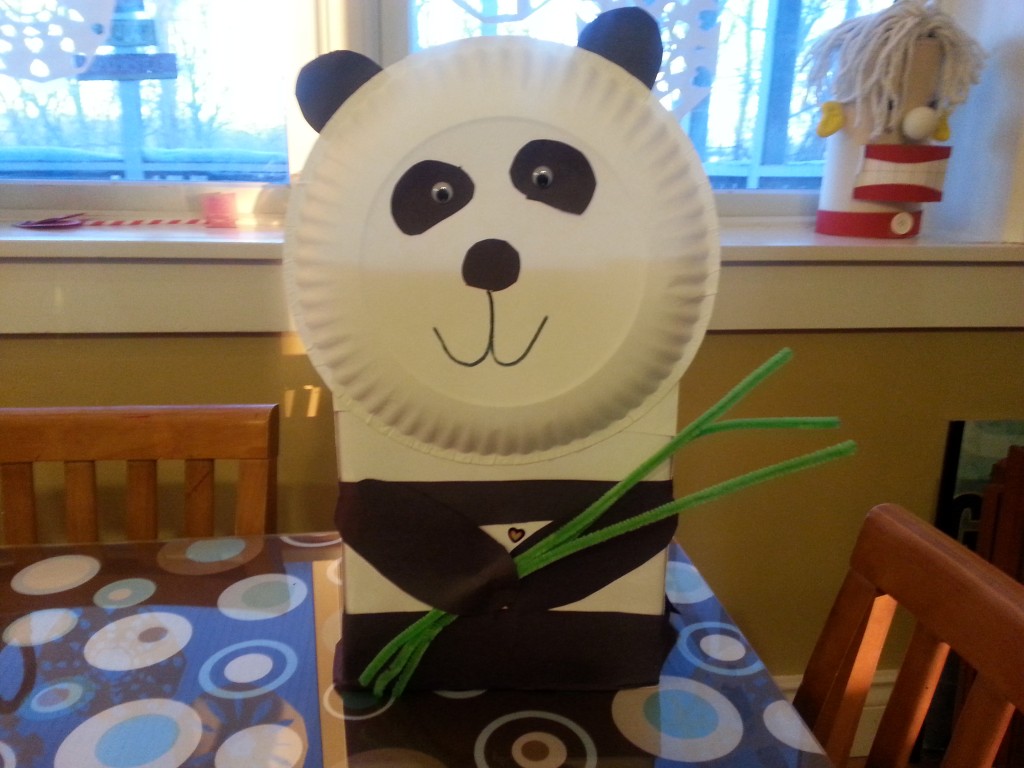 Lily also made her own valentines. They’re butterflies with candy taped to the back. I feel they have a bit of angel in them as well. 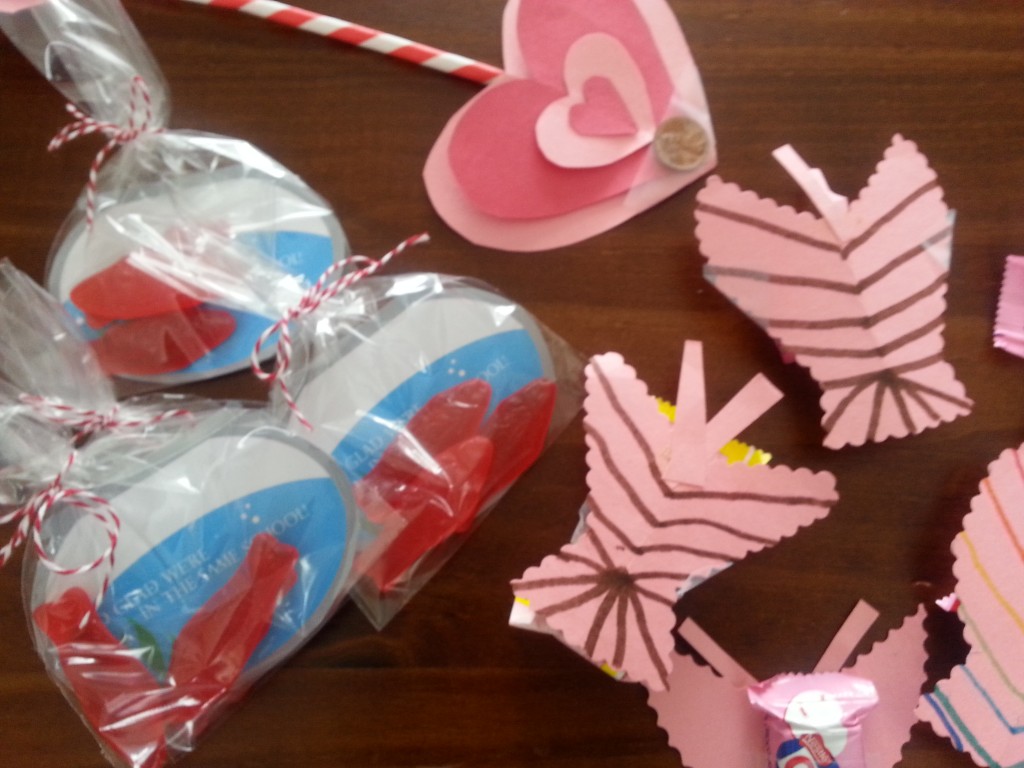 It can be challenging to come up with non-mushy valentines, so I was glad to spot these super cute “So glad we’re in the same school” valentines on Pinterest. They were really easy to make and I love anything with Swedish fish and red and white baker’s twine.

Will is not super into the whole homemade, crafty thing, and he pretty much exhausted his resources on Doc Brown. So, yes, I made these. And I enjoyed it. It’s very satisfying to have something to putz with while watching the Olympics. (Will did do the “to” and “from” part on the back.) 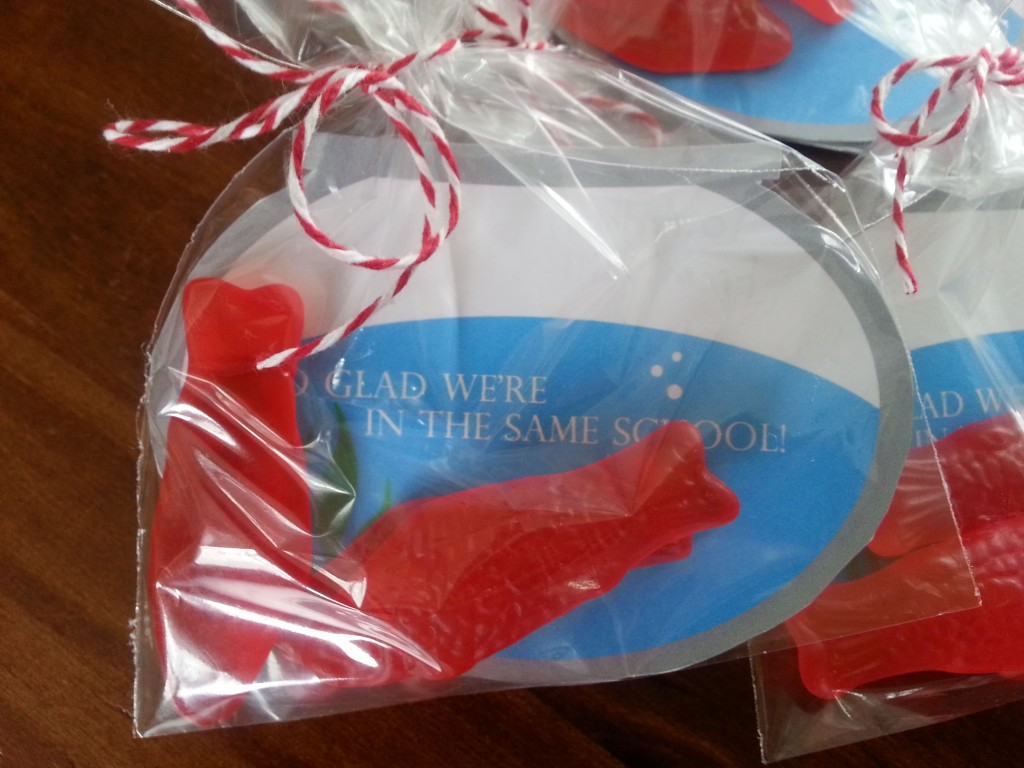 Andrew and Lexie are spending the school day at a jazz festival at a local college. Instead of red, they left the house wearing the jazz band uniform of black pants, black shirt, black shoes. They looked quite French, actually. And who says amour better than the French?

Happy Valentine’s day to you all. I hope your day is filled with love.

*Doc Brown is the crazy inventor in Back to the Future, in case you forgot!