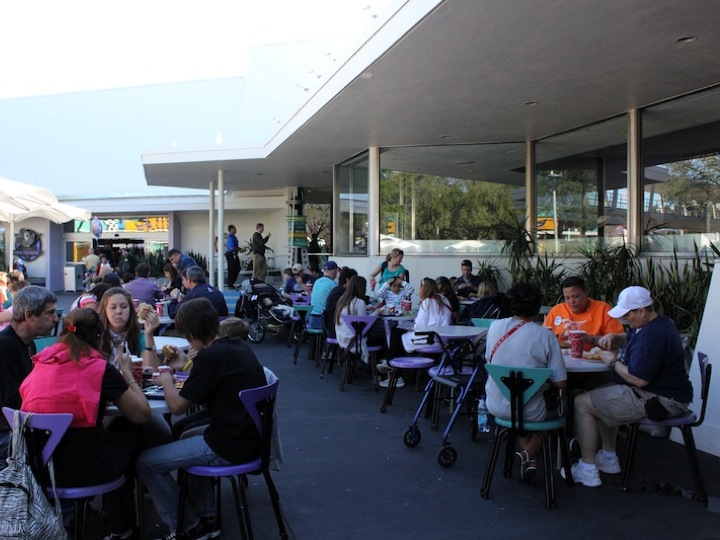 It’s March 2004. We’re in Tomorrowland, seated at a table just outside Cosmic Ray’s Starlight Cafe. Over the weekend we attended a cousin’s wedding in nearby Cocoa Beach and now we’re spending a few days at Disney World before heading home to the frozen tundra. Andrew is 5, Lexie is 3, William is 1. We’re enjoying our lunch and soaking up the glorious warmth and sunshine.

At a table near us, a young girl, about three years old, is holding court. She’s wearing a blue princess dress and a crown that’s perched precariously on her head. She has three older brothers who are wiggling and falling out of their chairs and causing a polite ruckus, but she sits calmly amid the chaos. She is focused on her lunch. Every now and then she reaches out for a french fry and someone hands her one. Occasionally, she laughs at her brothers. This has the effect of egging them on to act even sillier. It’s a happy scene and they look like every other happy family at Disney World.

Except that the girl is Asian and the rest of the family is not. The mother is blond, the father has light brown hair. The brothers are fair like their parents. The girl has a birthmark that runs down the side of her face and onto her neck where it disappears under her dress.

I’m trying not to stare. I’m not suffering from idle curiosity. It’s just that this family looks so much like us. Or at least us as we could be.

A few months earlier, we had started the adoption process. We’d gone to a couple of workshops and had started chipping away at the mountain of paperwork. We had lots of decisions to make. Domestic or international adoption? If international, then which country? Boy or girl? Healthy or special needs?

We were on the path, but I couldn’t see very far ahead. And the thing is, I’m someone who likes to know exactly where she’s going. Sure, I’ll take risks, but I’m always hoping for breadcrumbs. Looking at this family, for the first time I can see us.

But as I wait for him to dump his trash, I hesitate. What if I offend him?

He looks up and smiles. This is Disney World.

So I plunge in. We’re thinking about adopting. Is it okay if I ask where your daughter is from?

He’s enthusiastic. He explains that his daughter’s from China, and that, yes, she was in a waiting child program. She’s doing beautifully. Yes, it’s crazy having four children. But worth it.

He brings me over to the table to meet his family. The children say hello then run off to examine a souvenir cart. His wife gives me her e-mail address. They’re happy to answer questions. They believe in this. They want to help.

What I really want to ask is, will it be okay? If we take this huge leap, will everything be okay?

Of course, they can’t answer that. So I don’t ask. But we watch their daughter, crazily chasing her brothers in a blue princess dress—at Disney World, for heaven’s sake. Things seem really, really okay.

I pick up a few of the breadcrumbs scattered in her wake and just like that I know that our daughter will be from China and she will have some kind of special need.

Fast forward two years. It’s March of 2006. We’re watching a performance on the steps of Cinderella’s castle. Lily is 20 months old. She’s in her father’s arms, gazing raptly at the singing and dancing princesses.

She’s been with us for seven months. She is from China. She has a hole in her heart. We traded in our travel miles for a trip to Disney World to celebrate my father’s 60th birthday and Lily’s adoption. The sun is shining warmly down on her head. Forget feminism for the moment…today she is officially a princess.

We’re back home. We’re at a school concert. I notice a woman watching us but trying to look like she’s not. I know that look. After the concert, she approaches, tentative. We’re thinking about adopting, she says. Is it okay if I ask where your daughter’s from?

I answer all of her questions, but I know that what she really wants to know is, will it be okay? If we take this leap, will everything be okay? I can’t answer that, but I can sprinkle a few breadcrumbs. Lily’s doing really well. She’s still adjusting, but she’s healthy. She will be fine.

And so here we are today. Once again it’s March and once again we’re heading for Disney World. This time, Andrew’s high school band is performing. We will be there to cheer them on and soak up much-needed sunshine.

At some point, I will navigate us toward Cosmic Ray’s Starlight Cafe. I will imagine what that little girl in the blue princess dress and crown is like now, at thirteen. I will send up a thank you for breadcrumbs. And Lily, a princess with a perfect heart, will look for open spaces to practice her cartwheels.

10 Fun Ways to Connect with Books
To Wallpaper or Not to Wallpaper? And Other Decorating Dilemmas

For her 20th birthday, Lexie wanted to hike Mount