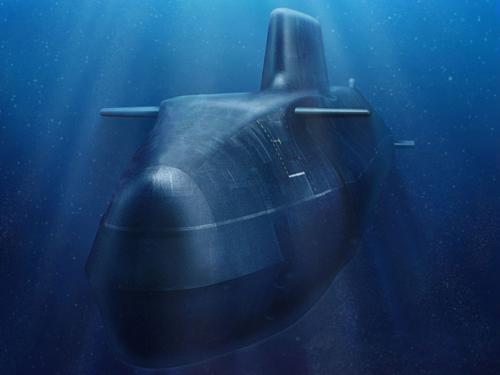 Do you remember the movie The Hunt for Red October? It came out in 1990 and stars Alec Baldwin as Jack Ryan, a CIA analyst leading a covert attempt to steal a cutting-edge Soviet nuclear submarine with the help of a defecting Russian submarine captain, Marko Ramius (played by Sean Connery).

I’m thinking about this movie because I need a Crazy Ivan today. Not the drink, the strategy. Although the drink might be nice, too.

If you saw the movie or read the book—which I have, of course, because when you have a Will that’s the sort of thing you read for bedtime stories—you might remember Captain Ramius doing a maneuver called a Crazy Ivan. A Crazy Ivan is something Russian submarine captains used to do to see if anyone was following them: they’d stop their engines and make a sharp turn left or right to look behind. The crazy part was that the other submarines could crash into you.

So, by analogy, a Crazy Ivan is any quick and unexpected change in direction, literally or figuratively.

I take Crazy Ivans a step further and combine the change-in-direction concept with something that happens later in the movie: Captain Ramius turns his sub and heads straight into the path of an oncoming torpedo, closing the distance before it can arm itself. Which is really crazy.

Are you still with me? Here’s how I use this hybridized Crazy Ivan concept:

I have a hard time focusing when I know I’m going to be interrupted. Even if the interruption isn’t going to occur for hours. Somehow, just knowing that from three o’clock on tonight I’ll be interrupted with back-to-back meetings and activities makes it difficult for me to tackle the long list of things I need to do right now.

So instead of waiting to be interrupted, I pull a Crazy Ivan and interrupt myself. I chop up my day into 15-minute blocks and write down what I’m going to do in each of those blocks. Depending on what I have going on, the tasks might include cleaning, writing, editing, proofreading, exercising, working on my in-box/returning phone calls.

It really is crazy, but somehow knowing that I’m going to interrupt myself and switch directions every 15 minutes makes it a lot easier for me to stop spinning my wheels and to ignore e-mails and other distractions. And at the end of the day, I’m actually quite calm and have a lot to show for myself.

How about you? How do you handle interruptions? Do you have strategies to help you focus on busy days?