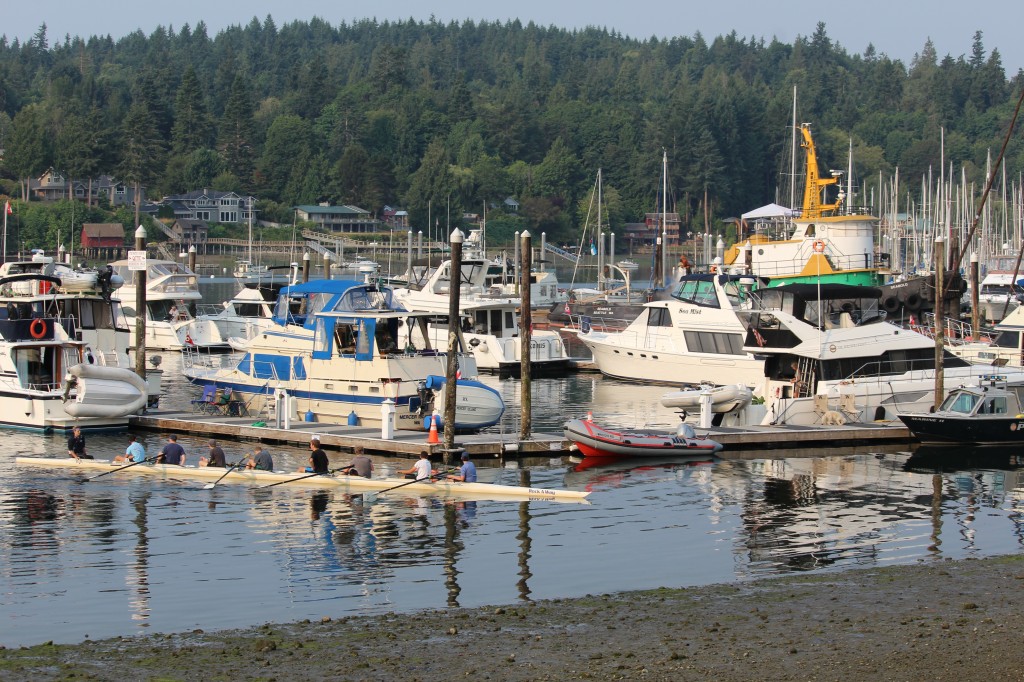 This week, Will’s been in a rowing camp for kids new to the sport. They meet at Eagle Harbor at seven o’clock in the morning, and today instead of just dropping him off, I stayed to take some photos. To commemorate either the start of his rowing career or the extent of it. Over the past year, I’ve had no fewer than five moms eye Will’s 6’5″ frame and tell me how much he reminds them of their sons, gentle giants with no interest in traditional competitive sports who found a home in rowing. I’m guardedly optimistic. 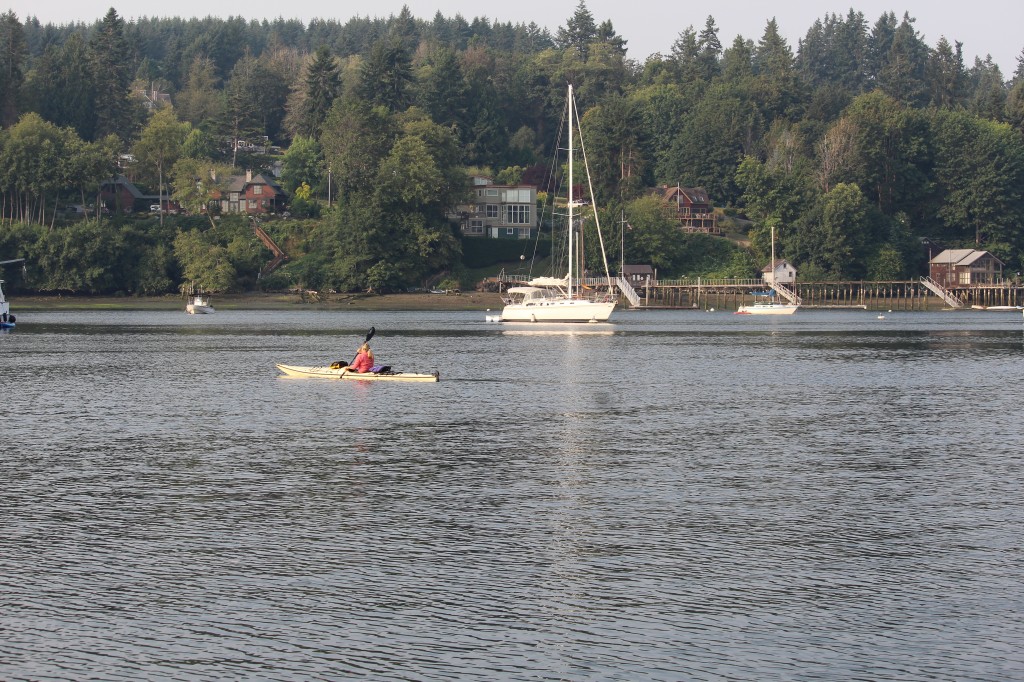 There was so much to take in on this peaceful morning: the salty tang of the sea air, the sound of voices drifting across the water from the marina as boaters greeted the day, the gentle drone of a float plane circling overhead. A kayaker paddled by, and I remembered that I have a kayak and could bring it tomorrow morning and do some exploring. (Note to self: learn how to get kayak on and off roof-rack tonight.) 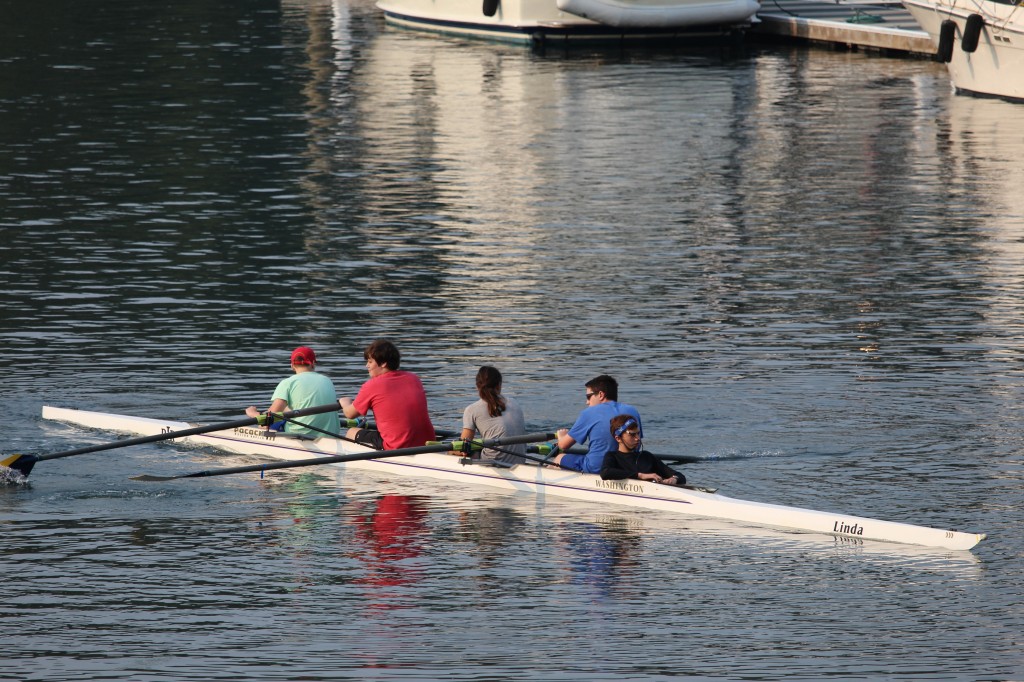 As the kids were getting the boats out of the water and cleaning them off, the next group of rowers started to arrive. They looked to be mostly middle-aged women. Interesting. I’ve never rowed before, but I think any excuse to spend time in this beautiful setting would be worth it! 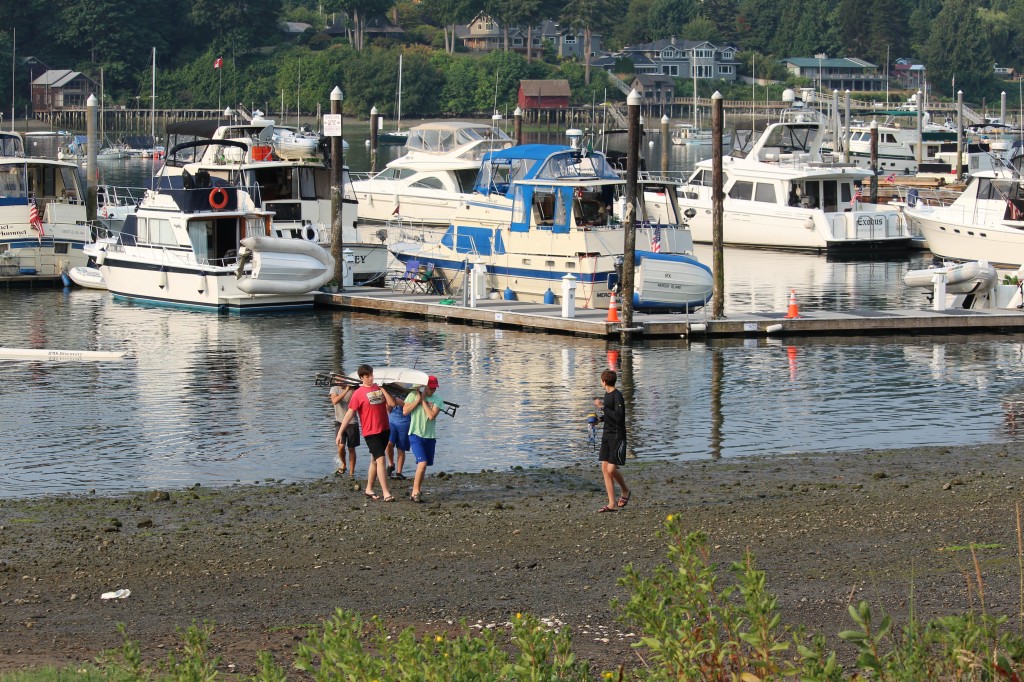 A Compass and Travel Guide
Sign Advice and Revision Avoidance